Home » Film Reviews » The Place Beyond the Pines – Derek Cianfrance and the testosterone high. (film review)

The Place Beyond the Pines – Derek Cianfrance and the testosterone high. (film review)

“You shall not bow down to them or worship them; for I, the LORD your God, am a jealous God, punishing the children for the sin of the fathers to the third and fourth generation of those who hate me…” (Exodus 20:5, NIV)

I’m starting to feel a bit like my voice is going to change I’ve been swilling so much blokiness lately.  What with The Pusher trilogy and now The Place Beyond the Pines I’m starting to think there is nothing happening in the world except men trying to live up to mythological concepts of masculinity.

The Place Beyond the Pines is one of those films that is equal parts good and bad. Those who are regulars to my blog (thank you I love you) will know that one of my personal irritants is when a director does not respect his audience. This is one of those films that thinks we need to have themes and issues bludgeoned over our heads, but at the same time it is so bursting at the seams with narrative action, I found myself grateful for a little hand holding. The setting is a New York State town called Schenectady, which interpreted from the native tongue, gives the film its name. Besides the town having its own literary and filmic history, the beauty of the surrounds infuses the film with a gentleness that balances against the roughness of the displayed lives and the moral ambiguity of the two central characters.

Everyone is pretty good  but it is easily Ryan Goslings film. He shines in that loner-outsider-soft-centered-tough-guy thing that he does so very well. A shout out has to go to Ben Mendelsohn.  What a fine actor he is. It’s always a relief to see him in a film because you know it will be salvageable if it’s not great. (Someone really must write a film for him – I’d love to see him given something really meaty to chew over.) Modestly  Cianfrance is creating a blend here of Americana classicism and Greek Tragedy   One of the more subtle points of the film is that the sons are named Jason and AJ  – read Jason (Jason, leader of the Argonauts) and Ajax (A Greek warrior who famously fought Hector).  It is no accident that when these two first meet, AJ has been in another part of the state known as Troy. 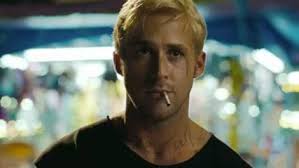 That seems to sum Derek Cianfrance up entirely – ambitious beyond his skill set. Blue Valentine went to an enormous amount of trouble to create an authentic environment between the two main characters (again seeing Cianfrance with Gosling).  There seems to be a lot of cinematic argy-bargy around him, almost like a paint-by-numbers film making drama that is ‘supposed’ to happen before a genius film is released on the world. Too much concern for grandeur weakens The Place Beyond the Pines. 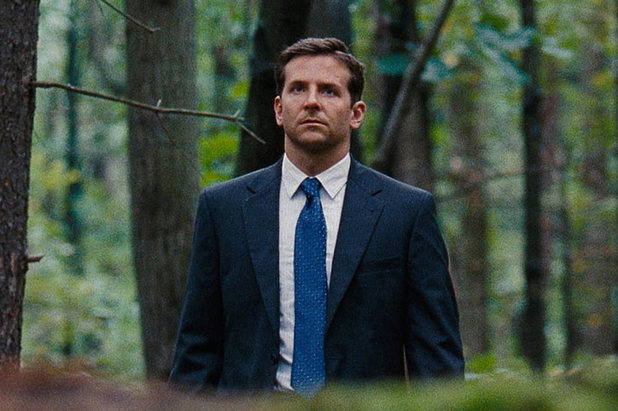 The Place Beyond the Pines is one of those films I can’t tell you too much about because it has a million plot twists and the less you know about it the better. I will tell you it is about fathers and sons and also it is about the circle of life, what goes around comes around, theme that Loopers served us up last year. The film is a three-part generational narrative that begins and ends with an eternal character that we can see moving through a karmic circle. It is also a thinly disguised commentary on the nature versus nurture debate – the film coming up with the idea that we are who we are born and nurture can interfere with that and send it on a wonky path – so it has a little bet both ways on that one. One son will be his father despite his environment. The other son will be a vicious rebel because his father was not there for his upbringing. 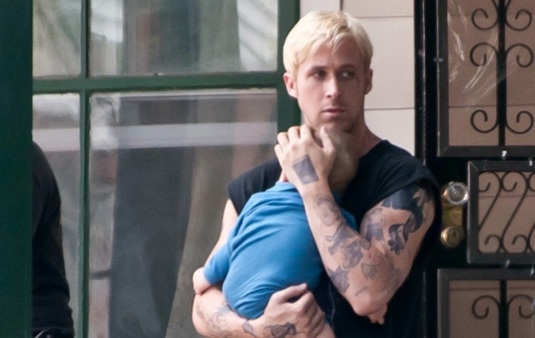 For a film that ‘really wants to tell you something because it has something really important to say’ it is surprisingly nonjudgmental   Images are linked strongly to objects (something I enjoyed as a lay philosopher) so that motorbikes, photographs, money, sunglasses, and guns become strong symbols of eternal messages passed from person to person with more and more meaning attached to the object each time. These moments of cleverness save The Place Beyond the Pines and Cianfrance from the films flaws, leaving the viewer focusing on its strengths instead.

However, there are some astoundingly silly aesthetic touches that prevent the film from fulfilling on its promise. Eva Mendez nipples in her opening scene are too silly for words and make her look like she’s in an episode of Sex and the City. Emery Cohen’s accent is laughable  Fifteen years passes at one point and it affects no adult characters physical appearance at all, save older hair cuts or the odd streak of grey. Ryan Goslings tats look like a four year old took to him with a texta.  Ray Liotta’s Goodfellas persona being plonked in the middle as if it is timeless when it isn’t. These sorts of problems show up over and over and steal from the viewer. Repeatedly, I was pulled out of the depth in order to deal with clunky aesthetics.

Another issue is the narrative failures, which are not dreadful, but in a film that goes for two hours and twenty minutes because it spans to complete generations, the plotting problems are a little difficult to navigate. It’s never that clear whether Avery Cross intends his political future or not, nor is it clear just how far he has gone in manipulating his own circumstances. The third section of the film with the boys is really thin – as if all the writing time and energy went into the first part and the film makers were just tired of it all by the time they got to the third. Dane DeHaan convincingly portraying a seventeen year old at age twenty-seven saves the third act completely.

And that sort of sums up The Place Beyond the Pines. If it wasn’t for the acting, some interesting theme manipulation and some neat filming tricks, it would be a dud. But the acting is really good. Bradley Cooper is much better than he was in Silver Linings Playbook, even if he is still out done by Gosling in this film. He has a dark side here (sort of explored in Limitless) that goes very well with his ken doll looks. He does a great job and saves a very clunky script with his class. Both he and Gosling have wonderful circular stares that cinematographer Sean Bobbitt uses exceedingly well. Eva Mendez is on fire – she was so interesting in Holy Motors, and now she is great here. As I said above, Ben Mendelsohn is a standout and the only one who threatens to steal the film from Gosling – but doesn’t have the air time. Rose Byrne is good for the short time she’s been allocated also. Shout out to Mahershala Ali as the picture perfect Dad as well. I guess ultimately – it’s a pretty good film.

← Pusher 2: With Blood on my Hands – Nicolas Winging Refn and one of the best sequels ever made. (film Review) The Ham Funeral – Phillip Rouse gives a new spin on Patrick White. (Theatre Review) →