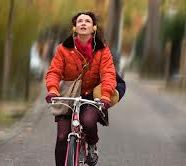 Posted by lisathatcher on March 12, 2013 in Film Reviews

Noémie Lvovsky has had quite a year.  With a leading role in the uber french hit Farewell my Queen, she also released to much critical acclaim, her project (with HER stamped all over it – she directs, writes and stars in this) Camille Redouble, or Camille Rewinds in English. No wonder she’s the name on everyone’s lips at the moment.

There is no doubt at all that this is a French remake of Peggy Sue Got Married. The similarities are impossible to ignore, therefore it should be seen as a modernized, deconstructed (and very French) remake of that film – or should I say reinterpretation.  In a typically French style, Lvovsky chops off the happy ending, leaving it all up in the air, and adds an interesting philosophical twist that gives this version a depth the Peggy Sue version never had. 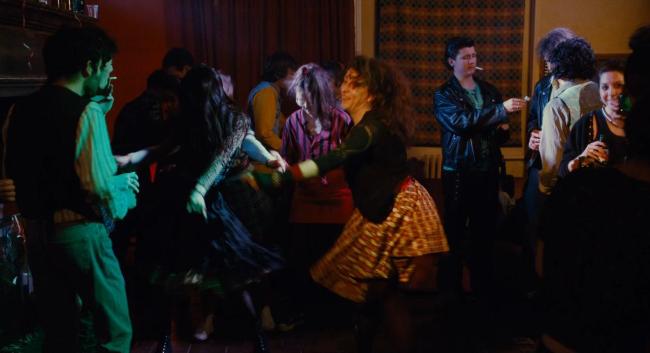 Camille drinks. And she drinks heavily. It is the cause of the breakdown of her marriage to her childhood sweetheart Eric (Samir Guesmi) who is discussing divorce with her at the start of the film, (discussing as in having a huge fight). They have a daughter. As we discover through the film, they got married because Camille got pregnant at sixteen. Camille has a beautiful, tender relationship with her daughter and they obviously adore each other. However, Camille’s drinking affects all of her relationships.

At one point Camille is asked when she started drinking, and she says it was when her mother died. Actually, she started to drink a few weeks before her mother died when she let loose at a party. It is this event, and the subsequent hooking up with Eric that really lead to the death of her mother who collapses when Camille informs her she is pregnant at sixteen. When Camille first goes back in time, she tries to prevent this by insisting her mother go for brain scans, however as the film develops it becomes clear why Camille became an alcoholic after her mother’s death, and why she will have to live through her mother’s death again, in order to ensure her daughters existence comes into being.  What Camille will learn is that although her way-ward youth may have killed her mother, it is worth it for the birth of her daughter and that her mother chose to react the way she did. There is a lovely scene where Camille informs her mother of the pregnancy and her mother laments her wild teenager and wonders where she went wrong as a mother. Camille assures her that she is a wonderful mother, and that Camille is just living her life. It is life that is happening to her and it is a good thing. 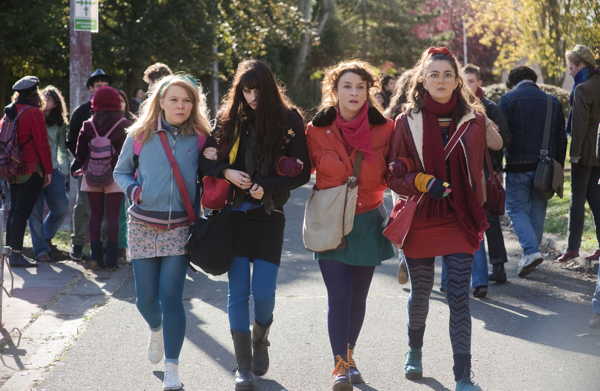 This gives the film the depth that was always missing from the Peggy Sue Got married version which is merely about the relationship between a woman who is separated from her child hood sweetheart. Camille Rewinds is about re assessing one’s life, and seeing it from a new perspective in a way that should (and we hope for Camille will) change her behaviors significantly.  Of course she drinks. She has believed since she was sixteen that she killed her mother. When she goes back in time, she first discovers that there was nothing wrong with her mother prior – a fantasy she had obviously used as denial to protect herself – and then that the birth of her daughter is a good and wonderful thing, no matter what it has done to her mother. In a rather terrible moment of overacting and schmultz, Jean-Pierre Léaud, the darling of the French new Wave, plays a watchmaker who sprouts the now hackneyd line from Niebuhr’s serenity prayer,  “God grant me the serenity to accept the things I cannot change, the courage to change the things I can and the wisdom to know the difference.” It’s a moment I didn’t actually like in the film, but it is the pivot upon which the philosophy turns. 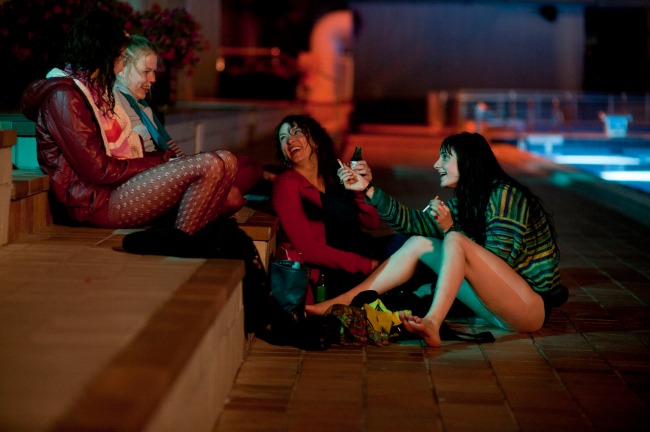 In this way, I felt, the remake was warranted. Lvovsky keeps most of the film in line with Peggy Sue Got Married, intentionally so that we are forced to watch the films as if they are in dialogue with each other. Camille Rewinds is made twenty-six years after Peggy Sue Got Married – almost exactly the time frame between Camille’s teen life and her adult life going off the rails. In other words, it’s almost as if Camille was a sixteen year old when Peggy Sue got Married came out. The remake is done for a different generation.  Where Peggy Sue goes back to the 60’s, Camille goes back to the 80’s. The same question of how does one deal with knowing all the future consequences of one’s actions exists, but Lvovsky does away with Coppola’s happy ending. It’s been a long time since I have seen Peggy Sue Got Married, but I am sure working out the cross referencing between the two films would make quite an interesting exercise. 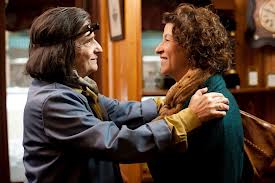 Also, something needs to be said for the opening credits, which are a stunning stylized slow-mo capture of alcohol, cigarettes and watches falling through time – or so it would seem. They are really worth seeing, even if the res of the film may not be your cup of tea. There are lots of funny moments as people react to Lvovsky as if she were sixteen when she is obviously in her forties, and Lvovsky does a wonderful job of being a sixteen year old despite her forty-year old body. However, I think the film itself is worth the viewing. It’s certainly one I would like to see again. 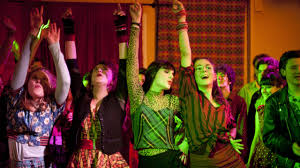 ← A trick of the Light – Wim Wenders reminds us the German’s did it first. (Film Review) Judy Kang – Judy Kang reimagines our relationsihp with the classical. (Music review) →
Loading Comments...