Posted by lisathatcher on January 30, 2013 in Articles, Book Reviews

Happiness in marriage is entirely a matter of chance you know. There will always be vexation and grief, and you’re better to know as little as possible of the defects of your marriage partner.

You know it is not sound. You would never act like that yourself.

Well it seems that Jane will not. so we must hope that Mr Bingley will.

This is one of the key phrases of the great novel Pride and Prejudice, now officially two hundred years old. The above phrase heralds the great tragedy of the novel – Charlotte Lucas’ marriage to Mr Collins – a tragedy that is shown repeated throughout the novel in the marriages of Mr and Mrs Bennet, Mr and Mrs Hurst, Mr and Mrs Wickham and the intentions of Miss Bingley upon her brother and Lady Catherine de Burgh upon her nephew. It is also the phrase that I was to analyse in my first essay on Pride and Prejudice that I wrote when I was sixteen years old.  Jane Austen continues to captivate me (and everyone else) all these years later.

There is a nice series in The Guardian today, several writers “re-writing” our perspectives on many of the beloved characters from this great novel. Perhaps Mrs Bennett, despite her appalling manners, is a rather good mother?  She is ferociously loyal to her daughters, and taken up the responsibility of seeing them well stationed in life. None of this can be said for Mr Benett, who is rude to the woman he married just because she was “hot”, projecting his anger at himself onto her for the rest of her life, dominating and controlling Lizzy with his affections as if he has the right to hold on to her, and refusing to take responsibility for his daughters manners, station and future to their great detriment. Darcy is a depressive who we know from the novel has married better than he deserves and will never be able to properly make his wife happy.  Bingley and Jane, the only real happy couple in the book remain sweet through the passage of time. 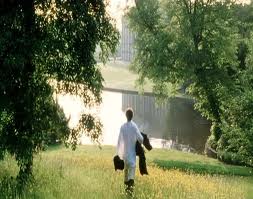 Lydia is touted as a kind of feminist heroine because she refuses to be trapped by convention and acts exactly as a fifteen year old girl ought to act. However, Jane Austen is very deliberate about the age of Lydia, repeatedly making note of her being too young. She is not old enough to be “out” yet, and it is a grave social error that Mrs Bennett and the inattentive Mr Bennett have made in introducing her to society so early. Wickham is a man who prays on young women.  Or should I say, girls. Wickham has no intention of marrying Lydia.  He is forced to for the sake of her sisters by Darcy.  If Lydia were behaving this way at the age of eighteen, we might call her a feminist icon. At fifteen, she is the victim of a pedophile. One of the darker aspects of Jane Austen’s novel. IN many ways, this marriage will play itself out as we see Mr and Mrs Bennetts marriage has played itself out. Wickham will find that fifteen does not last very long, and we have no doubt his venom will be turned against his wife as soon as she is too old to interest him any longer.

Then there is the amazing Charlotte Lucas, the woman whose quote I started with.  Except for the overall lack of appeal of Mr Collins, Charlotte’s perspective and marriage is the one i always thought reflected “real” marriage.  At least the way couples ‘act’ married implies this is how it is. Happiness in marriage is entirely a matter of chance. People marry (and still do) for all sorts of reasons. Or rather, should I say, people will say they are in love for all sorts of reasons.

Perhaps we are fooling ourselves about love? Perhaps we  are not fooling ourselves and this is what love looks like? Pretty much every marriage and every love affair you will ever see have been encapsulated in this wonderful novel.  A novel I still read each and every year, for its social insights, its stunning wit and above all its breathtaking turn of phrase. And as Mr Bennet says:

“For what do we live, but to make sport for our neighbors, and laugh at them in our turn?”