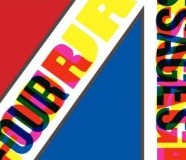 Posted by lisathatcher on January 16, 2013 in Book Reviews

Joshua Cohen is in serious danger of becoming one of my favorite contemporary writers. Are you allowed to say that about someone so rarely read? The answer is yes, because fortunately, there are people out there smart enough to publish him, and my current reading has led me to Graywolf Press‘ publication of his book of four short stories known as Four New Messages. A part of me is happy that he is not at the top of every best seller list, because like pop music of the 1980’s, I can claim him as my own, however, he really should be read by absolutely everyone, and therefore his works are of the kind that make you sorry folk are going in so heavy for genre fiction. But then, to those of you who read this post in the next few years or so, you should take advantage of this moment in time and grab a bunch of his books, because then you get to tell everyone you read him “before”….

Four New Messages is the first of Cohens work that I’ve read that isn’t heavily “Jewish” – not that there’s anything wrong with that. As a post Christian (read small cult) atheist, its exciting to read him in the context of my generation rather than the post-Jewish-Jewish work he has produced in the past. When I say “not that there’s anything wrong with that” I really mean it, because as an anglicized white Australian girlie, I adored the work I have read previously which dealt a great deal with being Jewish in a post second world war world. Cohen’s work is not (by any means) easy and relaxing as a read, but it is deeply rewarding, even if at times it feels a little like he’s speaking to Jewish folk about something I know nothing about and maybe should, but I still don’t, but who cares about my understanding anyway?

Four New Messages is the second of his books of short stories I have read, the first being The Quorum, which inspired one of my stories in Stack – in a kind of ode to one of his stories. Four New Messages is more complex than the stories in The Quorum. Mr Cohen has come a long way in terms of ability and courage.  He’s more willing to write according to his own vision, and I am sure whatever he is working on now will be his best because of the work he has produced here. If there is any criticism from me (as a die-hard fan) it is that some of the stories get a little confused in all of his sentence extension – to includes instantaneous thought processes – that might bury the true intention – whatever that might be – be that as it may, does it really matter anyway – of the original intention of the narrative – whatever narrative is – and should we live by narrative – but who are we if we are not telling the story of our own life – if you get my drift.

Other than that small point against, this is another brilliant work.

before I get into my extended love-fest of this great book, I need to say one thing that I noticed in the reviews while I was reading around to “prep” (which means don’t make a fool of myself) to check out what had been said about the book thus far, Joshua Cohen is not a “new” David Foster Wallace.  I have no idea whether he would be flattered by that connection or not, but as a fan of both David and Josh, let me tell you, they are (actually) poles apart, and Mr Cohen is heralding a world and a style DFW didn’t have the capacity for. (not because of talent but through circumstance) Simply because  Joshua Cohen speaks of a post post post modern (!) world that is not connected with DFW vision at all. DFW (god rest his post-modernist soul) is a post-modernist, and while Joshua Cohen may be accused of modernism in some of his earlier works, Four New Messages is not (in my humble opinion) a post-modernist work. Even if it does contain internet angst and day-to-day malaise.

The Four New Messages Joshua Cohen imparts are: ‘Emmision’,’ McDonalds’, ‘The College Borough’ and ‘Sent’. They are, roughly, as follows:

What’s unsound about my reputation?

What you do in private is your business, until it becomes public, and then its your employers business, especially if your employer’s employed by the government of the United States. War’s all about image – and effective chaplaincy and counterinsurgency.

You need to clear your profile son.

My profile, what about it?

‘Emission’ is a story about a chappie who, while doing banal coke lines at a banal party, reveals the unpleasant fact (infused with bravado under the influence of coke) that he masturbated to orgasm over a sleeping girl at a party once and came on her face. What he doesn’t know, is that these stories are passe now. He no longer reeks of “champ” when he blabs about such exploits real or imagined, and one of the girls present at the party decides to ‘out’ him on the internet as a total creep – name and all. He subsequently finds it impossible to get work, as everyone is reading about him on-line prior to getting to know him in person. How he deals with the screen, blaring and blank as it stares at him makes up the bulk of the story. Mr Cohen has said (and I take this paraphrasing from my reading about the traps) that this is the weakest story in the collection and I agree – though in the context of the contemporary story at large it is not weak at all. It’s a great and entertaining read, but when placed next to the other stories in the book, it is a fine introduction, but not quite the meat. 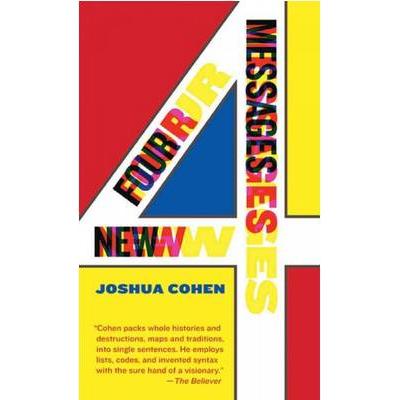 RR, your writer is (hopes to be) a writer who writes, not a corner office capitalist on an expense account binge, bibbing himself with stock certificates.  Why should he sponsor or be sponsored by that fast food company by putting its brand name into his story? in yours? Would that foodstuff corporation ever print his scriving on its wrappers? Would they festoon their fries containers with the opening of The Bloody Body? Could you swallow this RR?

‘McDonalds’ is a new style of meta fiction. The parallels between agonizing about the word in a short story (or is he writing a novel?) and agonizing about choices in life are clear. The writer is, in many ways, the modern style everyman, because aren’t we all writing our own story now that we have the ‘internet and all?’ What is Facebook, if not he daily chronology of our banal life, written as if it were a nineteenth century Russian novel? Coupled with this daily account of our lives is the complexity of liable and what you can actually say or not say in a novel and in life.  And you can’t just be sued for liable., You can be sued for a reference so poor and obvious that you would be burnt at the internet stake (that we saw in the previous story) if your metaphor is too pronounced, too obvious / odious. Too close to home. The cry to mother is one of frustration but also one of forgiveness for the negation of courage the new domestication of the internet by ourselves for ourselves has created for us.

Allow me to disabuse. It’s just that I can’t in any way Intuit how you can all write out here, with so much air and sky, with such openness, no disruptions, no disturbances.

He looked wonderful (no no: he looked like he was wonderfully dying)

“… wrote excessive books about excess that were never excessively read….”

‘The College Borough’ is a step away from the tales of the internet for just a moment with a brief look at writing in terms of building a landmark work that will be seen and revered for evermore. At first glance this is a story about what might have been and who we were when we were at college and how could today’s youth be so conservative and not be building on the rebellion we so carefully prepared for? I liked this story for its criticism of the hippy generation – you’ll always find me up for that – and their belief that they were so ‘free’ and ‘alive’ when really they were following their own trends and excitement. I always argued if you want to know who the hippies really were, take a good look at what happened to them in the 80’s when greed suddenly became good. Who do you think built the conservative capitalist framework we all live under now?  It certainly wasn’t the gen-X’ers! Cohen’s take on them and their own strange obsessions with their image versus their actuality works very well for me.

These women lived in hope, they lived for the future as if they were every one of them already characters in a movie that projected well beyond one’s orgasm’s duration – a movie of constant orgasm being constantly filmed: a wishful collectivist biopic accumulating footage  – incessantly accumulating reels and gigabytes of footage  – for all that dirty work of editing into coherence and happy endings somewhere years from now and countries away.

All in all, this is another brilliant work from Joshua Cohen.  I can’t wait to see what he does in 2013.