Posted by lisathatcher on December 6, 2012 in Film Reviews 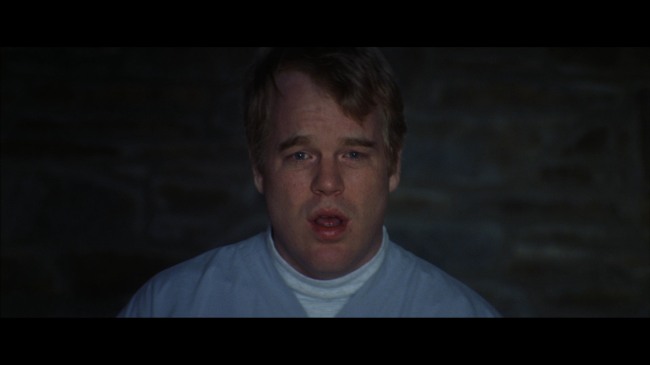 After being so impressed with Paul Thoms Anderson’s film The Master, I decided to plonk myself down in front of his previous works. I already reviewed Punch Drunk Love, which I enjoyed a great deal.  The next film for me in the list was Magnolia.

Magnolia is a complex film packed with symbolism and imagery that for a freudian / lacanian / cinophile like myself is a stroll through heaven.  Anderson is not at all afraid of multi layers and never shies away from depth in favour of entertainment. Despite its disturbingly complex examination of some of the ugliest places human creatures can sink too when thy are afraid, it is entertaining  Remarkably, Anderson has us love everyone in this film.  How does he do that?  We are talking about the good and bad and the very  very ugly here. 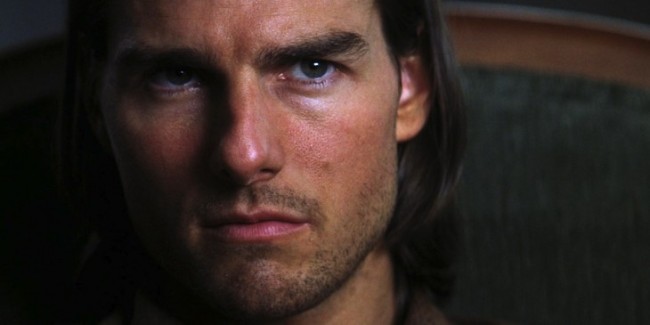 Part of the strength is Anderson’s ability to extract such wonderful performances  No one actor is particularly the lead, everyone has an equal role just as they do in life. With the exception of Phil Parma (Philip Seymour Hoffman) everyone is experiencing their dark night of the soul. What is so interesting and profound about Phil Parma, and so clever about Anderson, is that Phil Parma will have his own moment of transcendence from the sideline.  That is powerfully true of life. It is not just the experiences we have that form and change us but the experiences of those around us that affect us as well. Phil Parma is a man who allows himself to be touched by the transitions of others, and therefore he is able to experience the reflection of change.  He does not have to go to the darkest place on earth in order to learn his lessons. 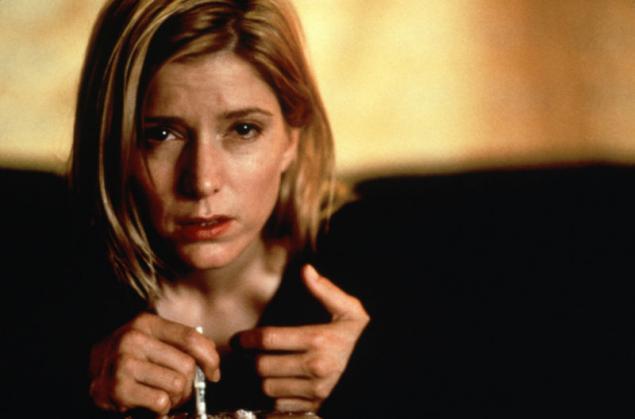 Things I particularly liked about Magnolia were the attention to the little details that give the film so much depth. The colours – I could see the colours of the magnolia flower in there, greens  browns, soft off whites, cream… all hues brought to the fore to remind us of the fragile human condition. The emphasis on these muted colours gives a warm, soft beautiful feel to the film.  It makes us feel for these people going through such intensity. The colours balance perfectly against the decidedly 1999 “feel” of the film. I read that Anderson wanted to make a period film, despite releasing it in the period he is representing. I thought this was such an interesting idea – and It made me wonder for days after what colours and hues and images I would use to cut this moment in time.  I started to look at my surroundings as signs of my time, rather than with the casual intimacy that has them disappear.

I really can’t write anything about Magnolia without mentioning frogs. I had read about the raining frogs phenomena before seeing this film, however I confess within the context of Magnolia, all I could think of was the biblical concept of the second of Pharoes plagues. I have read that Anderson wrote the raining frogs scene into the film before he made the connection with Exodos 8:2, however after this, he and the crew had a lot of fun slipping “8:2” references into the film left right and centre. Initially the frogs were meant to arrive purely in reference to the phenomena of animal showers that are well documented but never scientifically verified   Anderson seemed to want this true-yet-not-true nonsensical phenomena to happen to every character at the same time as they all reach their moment of truth in their dark night of the soul.  The frogs are their moment just prior to transcendence. They are the bizarre among the rational of life.

Its just one of the many striking and beautiful metaphors in this lovely, very interesting film.

← Into the Mirror – Shelly Wall makes us look deeper into what appears to be there. (Theatre Review) Mo Yan’s Nobel Prize Lecture →
Loading Comments...
Comment
×