The Venetian Twins – An Australian take on an Italian Classic. (Theatre review)

Posted by lisathatcher on November 16, 2012 in Articles

I don’t possess the adequate theatre knowledge to give you the lowdown on all the clever internal theatre references in The Venetian Twins, but this doesn’t mean I missed the spirit of them. I haven’t seen The Venetian Twins before and somehow I missed studying the play at school.  I’m sorry for that because Enright and Clarke’s script and score is the kind of thing that I am sure would have awoken a love of theatre in the most amaroidal teenage heart. And isn’t that the purpose of studying theatre ion School?  To teach us how to love it?

The Venetian Twins is a Nick Enright and Terence Clarke adaptation of a contemporised and Australianised version of the original while remaining true to the spirit of Commedia dell’arte – a form of travelling theatre that started in Italy in the late 17th century. Through a convoluted series of steps that possibly relate to the period between Epiphany and Ash Wednesday known as Carnivale, the actors – despite the purpose of the travelling theatre to make the actors more well-known – started to wear masks.  This tradition is upheld in the 2012 version of The Venetian Twins where each stage performer has their faced masked in white paint. The mask also speaks to the duality of meta theatre that dominates the production.   True to the originals, the play is still a showcase of the talents of each performer, so much so one gets the sense the play is about its performers rather than its script. When Enright and Clarke wrote the original (at least the Australian version of the original) parts were written with specific actors in mind,  a clever way of showing actors acting their best as actors – a bit of meta twist there. 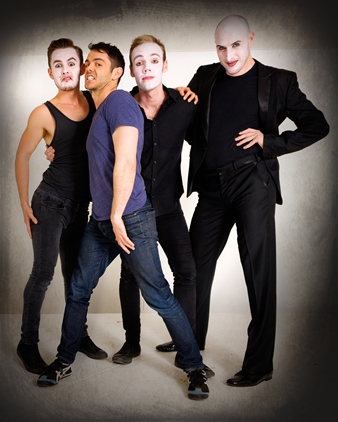 Carlo Goldoni wrote The Two Venetian Twins in 1745.  Nick Enright and Terence Clarke wrote their adaptation in 1979, around 230 years after the original. Enright and Clarkes version is very Australianised with the twin Zanetto being a real “outback” version of a Venetian having come from some place near Goondiwindi.  Accents are retained and the script and acting styles are imbued with that wonderful Australian ironic humour that blends easily with such old material. The plot is a classic one – twins and mistaken identity.  Loves with wrong loves, villains stealing from the wrong victim and every variety on the mistaken identity theme you can imagine.

This particular production is a real hoot. With wonderful actors, fantastic direction, and a brilliant creative team, the entire show was a fast-paced pleasure ride.  Despite the historical context, the themes are timeless with some interesting aspects that seem very specific to today’s peculiar angst. The disposability of relationships, the muted short attention span of the so-called fickle gen-Yers, and the ironic grasp and loss of capital are all contemporary themes played out with wit and warmth through out the play. There is enough audience interaction so that we feel close to the narrative and not so much that we feel terrified of being singled out and the pace is fast enough to keep us on the edge of the seat without losing any or all of the plot threads.

Despite the importance of Goldini, and despite the beauty of Enrights words and the bouncing joy of Clarke’s music, Commedia dell’arte is about the performers, and not for one minute in this lively production do we forget this is a play written for and all about the actors, the director and the team. Director Mackenzie Steele does a wonderful job fresh from his graduation of NIDA’s directing course, and his enthusiasm inculcates the entire performance. Mac has assembled a top-rate team, including musical director Mark Chamberlain (The Last FiveYears – Seymour Centre; Little Shop of Horrors – New Theatre), choreographer Matt Young (AChorus Line – US tour; Annie – Australian national tour), costume designer Alice Morgan (MissJulie – B Sharp/Belvoir; Angels in America – New Theatre), and lighting designer MatthewMarshall (Sex With Strangers – STC; Between Two Waves – Griffin). 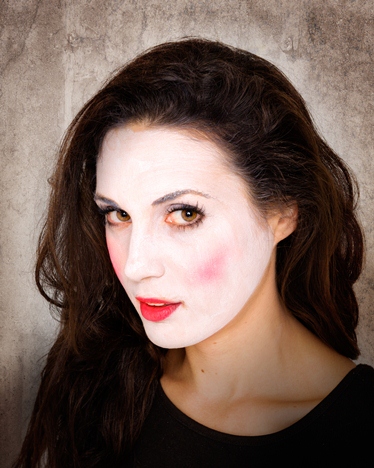 The cast (Stephen Andersen, Marisa-Clare Berzins, Debra Bryan, Meagan Caratti, Peter Flett, Jay James-Moody, Zac Jardine, Andy Johnston, Dean Vince) are all at home here, having a wonderful time, at ease enough within the production to play and be light with the audience. Its their night, and it feels like their night all the way through, each of them showing off many skills and talents through music, dance and their impeccable comedic timing. My one tiny problem was with the sound – or perhaps it was the acoustics – as some of the softer parts of the musical numbers were a little swallowed up, but outside of that everyone seems to be born to play their role.  Each actor treasures and relishes their part, loving the opportunity to indulge in caricature, taking full advantage of the range required to fulfil their sometimes very challenging roles. 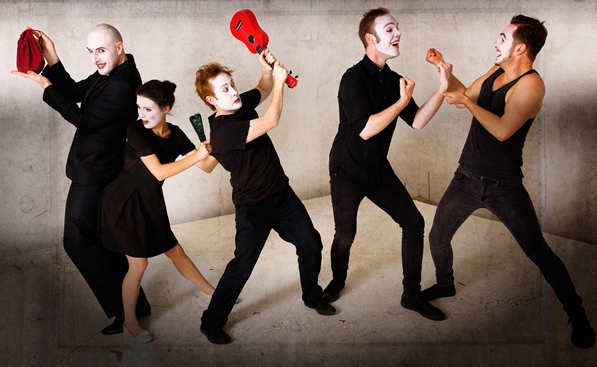 Its them we go to see in this play, and its their names we will carry back with us.

The Venetian Twins is on at The New Theatre in Newtown 13 November – 15 December.  You can get your tickets here.

← In Box Drops – Music and stuff that’s landed on me this week. American Mary – The Soska Twins take on Bod.Mod. (film review) →