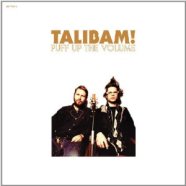 Puff up the Volume – Talibam! Music as a refusal. (Music review)

Posted by lisathatcher on November 14, 2012 in Music Reviews

I’ve got a soft spot for the Talibam! guys.  You can see from my previous review I was very taken with their Launchpad Series. For me their music is an assault on the weird appropriation that goes on with music.  The “music is mine!” principle.  It belongs to me! Amid the fun and exuberance a clever brain and a strong heart of integrity beats, as they work through their genre related assault on music ownership and assumptions of ownership. This time the point of their laser is focused on rap and all the baggage we carry/associate/assimilate/designate to that genre. 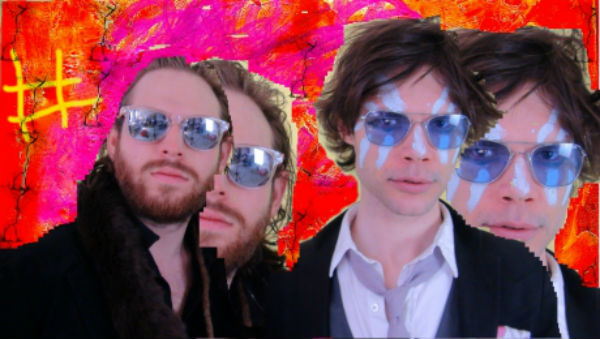 As soon as my sound system launched into Puff Up the Volume, I got the giggles. Initially I noticed how white bread the thing sounds – and Rap just aint white bread. Or at least it desperately shouldn’t be. The music for the most part settles into the ironic.  The tune I’ve posted above is their lament for the poverty of a man devoted to the tunes – a common theme in rap music – indeed in a lot of music.  It seems we under appreciate musicians. Who knew? we cry.  The thing every tune on Puff Up the Volume has in common is a perverse sort of unforgivable “catchy”.  One gets the feeling Talibam! half expected the album would be a success. For me that lay at the heart of Puff Up the Volume. Sure its bad, but isn’t it only what we deserve?

Music and art is all I got but its not as solid as a gold nugget rock.

As a music reviewer, rap is not my forte.  I can’t stab at the particulars of what Talibam! are having a go at here. I can hear the clever birth-of-pop rap wrap in the 80’s sounding Mottel in the Hotel, and for some reason I kept thinking of Blondie and the passing around of rap between well-to-do white folk.  Its hard to know who Talibam! are more critical of here, the artists who have claimed rap as their own personal brand of anthem (and all the colour that goes with it) or the artists of the wrong colour who dive in and “make rap their own.” (and all the colour that goes with that)  One of the points that comes through over and over, rap can’t be owned or borrowed any more than any other musical genre can be claimed as if sanctioned from on high. Oh – and the obvious point that rap is… well… sort of stoopid.

As with all Talibam! muzak, the brains are in the repeat listening. This is an album that gets smarter the more time you give it – and I’ll acknowledge that’s not an easy promise to make given Talibam’s overt desire to offend, or at the very least make your ears bleed. The primary irony is by honing their message into a far more sophisticated post-frustration deep sort of cleverness, they’ve probably halved their potential for reach into the audience. It seems the deeper Talibam! go, the smarter you have to be to appreciate them. And part of their point is, popular music just aint smart.

As for me, I like a little brainy with my morning oats, and believe it or not, this strange series of songs grew on me more and more.  Its not that they are so funny, its more that I see so much of my undesirable self in riff after riff of cliché and battered lyric. The scariest thing about this set of tunes is that you DO start to like it after a while, and that is the point Talibam! are trying to make here. Those hooks will find their holes in your psyche and pretty soon you’ll find yourself listening to anything and calling it – MINE!

Grab a copy to call YOURS here.

← Solaris – The film Tarkovsky didn’t like. Pith and Amber – the watery words of Carah A. Naseem (Book review) →