Home » Book Reviews » How to read Lacan: Zizek on Lacan – Part 4. Troubles with the Real: Lacan as a Viewer of Alien. (pt Two)

How to read Lacan: Zizek on Lacan – Part 4. Troubles with the Real: Lacan as a Viewer of Alien. (pt Two)

Posted by lisathatcher on October 30, 2012 in Book Reviews | 1 Comment

This is a post based on Slavoj Zizek’s little booklet How to read Lacan. For the previous post to this one, go here. This is not my writing – this is my attempt to condense sections of the book so we can understand them together.

For the first in the series, go here.

It is important to distinguish Lacan’s “real” is very different from Kant’s, even if Lacan is not a post-modernist who  insists the real is just another story we are telling ourselves. It is not Kant’s “thing-in-itself” and this is something Zizek insists upon. He states, “if there is a notion of the real, it is extremely complex and because of this, incomprehensible, it cannot be comprehended in a way tat would make an All out of it.”

The next problem is, therefore, trying to make an effort at clarity within this problem of the Reals that surround us. Zizek points us to Freud’s iconic dream of Irma’s injection that he relates at the start of Interpretation of Dreams.  Freud’s dream surrounds his guilt at not being able to cure his young patient Irma. The dream ends with him looking into her throat and seeing there a large mass of flesh, the palpitation of the thing itself, the life force, in its loathsome dimension of a cancerous growth.  The second part of the dream, the conversation between three doctors when they discuss what has gone wrong with the treatment ends up with a simple chemical formula writ large. Zizek tells us, that this means each part of the dream ends up with a different version of the Real; first the real of the lamella and then the Real of science – the formula that expresses nature’s automatic and senseless functioning.  The difference between the two is where they come from. The fist starts with the imaginary (the mirror confront of Freud and Irma) and therefore we get the Real in its imaginary dimension, the horrifying  primordial image that cancels the imagery itself. The second starts with the symbolic, the three doctors arguing, and from that we get a version of the Real that is deprived of its very human sense.  A Real from a meaningless formula.

However, Zizek, Lacan and Freud tell us that these two Reals are not enough and that a third needs to be added as well. This is the mysterious object, the added small object that gives something its unfathomable something.  Think of a horror movie where a couple drive to a small town that the audience knows has been taken over by aliens. The creatures seem to be normal people until there is some small aspect, a glint of the eye, a slight webbing between the fingers, that gives them away as different. Even though this tiny feature is very small, it is enough to make us feel the entire body is an alien thing.  Think of the aliens in the Simpsons when they take the place of Dole and Clinton. The small Real is present (they walk around holding hands, confess the citizens will be cruelly dominated no matter who wins and hope to avoid a bloodbath)  The joke here is that human creatures are so alien, these small indicators go unnoticed.

Here Zizek pauses to highlight that this is what happens to us when we notice the very small difference in another human creature. The different shape of the eye, the different colour of the skin, the ease with an incomprehensible language.  These very small differences appear so large to us as to render the bearer of them an alien to us, and therefore to be looked upon with suspicion.  No matter how much these other behave like us, the small feature that renders them “different” makes us focus on them being different.

We are told to distinguish here between the l’objet petit  a as the cause of desire and the object of desire. The object of desire is simply the desired object. The cause of desire is the feature that has triggered the desire. Some detail about the face, an eye colour or a tic or something of which we are usually unaware, and will in fact often misperceive as an obstacle is actually the trigger for our desire.  This differentiation helps us to understand what Freud means  when he says the melancholic is not aware of what he has lost in the lost object.  Rather than having lost the object itself, rather he has lost the desire for the object in obtaining it. Melancholy occurs when we finally get the desired object, but are disappointed with it. (A classic example of this occurs in sex all the time. Often desire is strongest when it is unfulfilled) 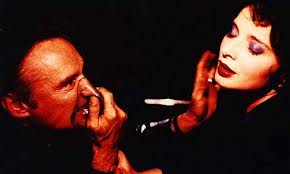 Zizek goes on to explain that because of this, melancholy (disappointment with all positive, empirical objects, none of which can satisfy our desire) is the beginning of philosophy.  Zizek cites the example of a man living in one place all his life who is scared to move. He is saddened by the prospect of a new environment. However, what is it that is really making him sad?  It is not the prospect of leaving the place he has for years called his home, it is the much more subtle fear of losing his attachment to the place. I know that I will be happy in the new environment with the new friends and that this old life will soon be forgotten and that is what I cannot bear. I had this experience myself in my divorce. I was terrified that all the work I had put into the marriage for ten years would actually have meant very little in my life. It was not so much my husband that I was scared of letting go of. It was the meaning I had placed on the marriage. 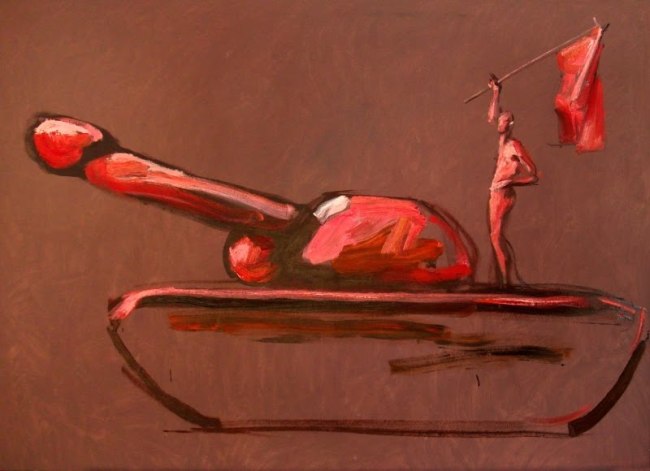 The status of this object-cause of desire is that of an anamorphosis. A Part of the picture which, looked at from straight in front appears as a meaningless blotch but takes on contours of a known object when we shift our position and look at the picture from an angle. However, Lacan is even more radical than this perception of reality. Lacan will tell us that the object-cause of desire is something that does not exist when viewed from the front.  It only acquires the contours of something when viewed on a slant.  Objet a: is the strange object that is nothing but the inscription of he subject itself in the field of objects, in the guise of a blotch that takes shape only when part of this field is anamorphically distorted by the subjects desire.

We might stop this post there. I think you’re rather amazing to have stayed with me this long… this is not easy stuff. Of course a reminder, none of this is my writing. This is condensed version of Zizek’s book How to read Lacan, which can be purchased here. I have quoted directly from this book and taken all the ideas shown in this post from this book. Please be clear, this is not my work. I am your partner in trying to puzzle it all out.