Home » Articles » Savage in Limbo – John Patrick Shanley and Workhorse Theatre company ask should I stay or should I go?

Savage in Limbo – John Patrick Shanley and Workhorse Theatre company ask should I stay or should I go?

Posted by lisathatcher on October 26, 2012 in Articles

In the world of Plato’s cave, truth is an elusive and frightening thing. Because it finds us, we are in a perpetual dance with it – a dance of desire, awareness, shock and avoidance. This pattern plays itself out within us unless we decide to embrace our own truth and risk the accompanying fear and move forward into an alternative destiny  Here is the thing, once you decide to move forward (according to Socrates) you will never want to go back. However, there are no guarantees this is so before you get there, and the dive into the abyss evokes pure terror. 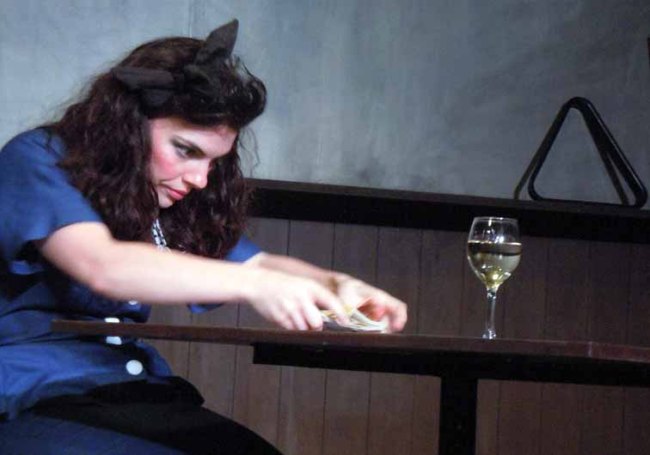 This is the basis of John Patrick Shanleys wonderful play Savage in Limbo. I saw a performance of Savage in Limbo at the Tap Gallery last week, a wonderful production by the Workhorse theatre company. Shanely wrote many award winning plays and screenplays, including Moonstruck and the far more sombre (and recent) Doubt. Savage in Limbo is one of his earlier works, and is very similar to the Moonstruck-vibe that we came to love: those punchy one-liners, the beautiful working class prose and the collapse of wit and wisdom. Savage in Limbo combines all of these, giving Australian theatre audiences of some stunning American theatre. 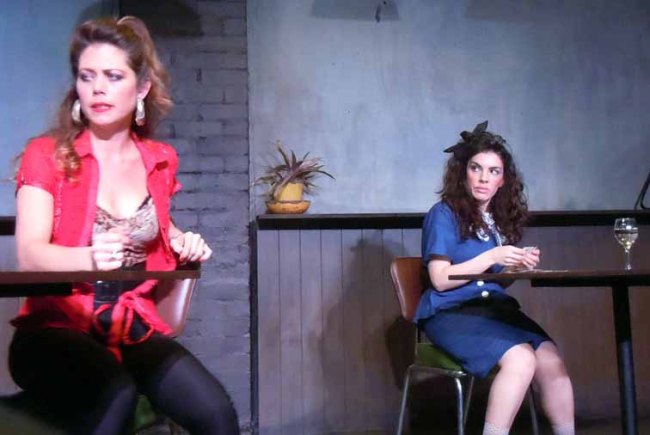 Denise Savage (Katherine Beck) is a thirty-two year old virgin terrified her life with her rapidly deteriorating mother is never going to change. She has an onagain/offagain friendship with her shadow Linda  (Zoe Trilsbach) the neighbourhood floozy and probably the person designated to make up for Denises abstinence if numbers count.   Linda is currently in an onagain/offagain relationship with Tony (Troy Harrison) a macho male version of Linda who has decided he needs to date ugly women after an accidental moment of listening to a woman as she related her experiences in Russia and finding himself attracted to her despite the fact that she is not beautiful like his usual partners. In the corner of the bar, watching all the carry-on is Alice (Christina O’Neill) the bar’s permanent fixture and best client who is watched over by bartender Murk (Daniel Cordeaux) who plays dispassionate observer, guardian angel (of sorts) to Alice and dispeller of comedic lines for us.

This is an interesting group of people in an interesting time of life. The’re all in their early thirties – just completed their Saturn Return if you understand your astrology. They’ve made that difficult move that starts at 27 and ends around 30 when you leave childhood and move into the adult world. Childish pleasures are not as appealing as they used to be, the world of the adult beckons, and while the transition might have been made, its putting the action into place that makes the desire for the real complicated. Each of the characters in their own way is facing this crises – they now know for sure they want their life to be different, but the question is, how do you do different?  Which of the many paths available do you take, and how can you tell they are the right paths for you? One path must be chosen and the adult knows it is the one choice that you make that you have to stick by. So how do you make that choice?

This dilemma faces Denise, Linda and Tony, while for Alice the decisions appear to have been made already, perhaps at a time when she was not mature enough to make them. In a magnificent monologue she speaks of her abandonment of her life-long desire to be a nun because she saw a Priest abandon his robes and stand on the street corner preaching to all who would listen not to follow his earlier path. Alice describes him as a lighthouse.  Interestingly, her life deteriorated into a drunken stupor after she decided to follow this man. If he was a lighthouse to Alice, she now stands in the bar as a siren to the others. Choosing your path is powerful – just don’t make the wrong choice.

The writing here is so beautiful, but it would be nothing if the performances didn’t live up to the power of what was written for them. Everyone is excellent from Linda, the complex intelligent local mattress to Murk the cynical commercially driven “carer”. Particularly good are Katherine Beck (playing a woman you want to hug and slap at the same time) and Zoe Trilsbach as the table turning Linda. Both are characters that could easily be underplayed, but each actress brings a depth and power to their performances that is engrossing. As everyone chess plays around each other the complexities of what it is to be human and how desperate we all are to be heard and seen come to the fore.  The question remains:  How can I be seen as the individual I am here in this vast ocean of billions and billions of individuals. How can I move without fear toward my own truth, feel the pain of it and remain in the light?

And who will bare witness?

Savage in Limbo is on at the Tap Gallery October 18 through to November 3.  Try to get to it if you can. 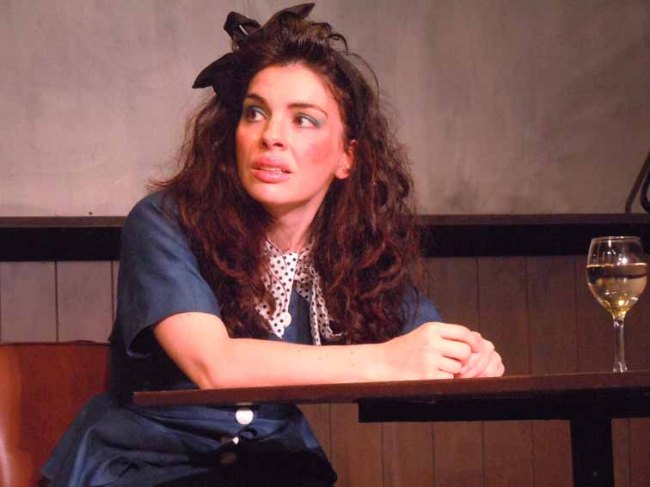 ← The Knowledge – Pantsguys and John Donnelly reveal a tougher side of life. Pierrot le Fou – Godard and the ecstasy of words. →
Loading Comments...