Home » Articles » The Knowledge – Pantsguys and John Donnelly reveal a tougher side of life.

The Knowledge – Pantsguys and John Donnelly reveal a tougher side of life.

Posted by lisathatcher on October 23, 2012 in Articles

John Donnelly has worked in various primary and secondary schools across London, Essex and Kent, including programmes aimed at curriculum development, Irish and Romany Travellers, enterprise, literacy, sex education, addictions, student voice.  In an interview for The Guardian, he says:

“I’ve mostly worked in schools in Kent and Essex, where there has been a huge impact in bringing in artists of all disciplines. In some of those schools money isn’t so much a problem as cultural impoverishment – a lack of curiosity from the students. Schools have told me that introducing students to an actor, writer or sculptor broadens their students’ sense of the world.”  Did that inspire his own work?  “I didn’t go into schools with the aim of writing a play about it. But in some ways The Knowledge  is a love letter to the teachers and students I worked with. It’s an incredibly charged, tough environment, and teachers are hugely undervalued.”

I was fortunate enough to see The Knowledge at The New Theatre in Newtown on the weekend at a performance put on by the talented Pantsguys Productions. The blurb told me this was a play that took a dark journey into the world of teachers in underprivileged schools, dealing with students who threaten and harass them, and environments that do not support them.  The blurb on Donelly’s theatre page resume reads:

What I was not prepared for was a complicated script with multiple plot twists and a very dark tendrils that move in the direction of a morality play. Teaching has long been a profession surfing the wave of  the PC curve. Teachers and students a like have voiced very loudly the complications that arise from dealing with large groups of people together and making sure that a level playing field is at least alluded to, if not successfully achieved. After all, it is the place girls and multiple ethnic groups are educated. It’s the battle ground dealing with the macho machinations of tousling boys and the competitive bitchiness of girls, pretending neither are really happening. It’s the place teachers are terrified of the parents (and their child’s) right to sue and the place every adult feels reduced to a child when the enter the grounds or speak to a teacher. The environment is artificial, despite the importance of the work carried out there.

The staging is presented as an almost derelict school room. Walls of the theatre are heavily graffitied, lockers, tables and chairs are old and thrown about without any care.  Four unruly students come racing into the room.  They are Karris the school slut (very well-played by Karli-Rae Grogan) Sal (Isaro Kayitesi) Mickey the school bully and troubled child (Benjamin Ross) and Daniel, the coloured boy wise beyond his years, tough beyond his physical development and sophisticated beyond his wisdom (John Benda).  All the players make great teenagers.  The staging of the antics of the teens is particularly impressive, the roles blending and meshing in what at times is almost a dance of misbehaviour. Despite the dreadful behaviour of these prematurely lost souls, they are a joy to watch.

Enter Zoe (Silvina D’Alessandro) an English lit post grad who is in her final stages of completing her teaching diploma. The play will follow her over the course of a few years, but we meet her, cruelly placed before the most disadvantaged and therefore the most difficult children for her final observed examination. She will be observed by two fellow teachers, Harry the gay headmaster (Barry French) and Maz the way-too-handsome head of science (Brett Rogers). It is Zoe’s task to make something of one of the most difficult classrooms in the world without experience, knowledge or wisdom to back her up.

And it is in this classroom that Zoe and all the children will learn just what it is to obtain knowledge and the pain and power that comes with that. Even though Zoe is the teacher and her students there to learn, knowledge in all its forms is passed around from human creature to human creature in a cyclical dance that, just like the mythology of the first human creatures in that famous garden will leave every recipient feeling naked, exposed and vulnerable. I’d never noticed the great “apple for the teacher” reference being placed against the “apple in the garden of Eden” reference before even though each means the same thing. (I may be a little slow, and behind everyone else in that one) but the metaphor is powerfully played out here. It is not a simple tale of teacher learns from students as they give back from their own (now fully tapped) wells.  This is a story of survival instincts running amok.  Where teachers fight to outwit students who have more power than children have ever had in our world, but who (as we see from the play) sorely need that power. Everyone is a victim here, everyone will happily assault the other to protect themselves and everyone will be shocked at the behaviour of everyone else.

The knowledge that is passed to the audience in this excellent play is that when you have stakes this high, you create the space for commensurate immorality. You slip up in this environment, you pay seriously. A teenager filled with rage and hormone-high can find themselves with a life-time criminal record if they mouth off just a little too much. A teacher can find themselves facing charges of paedophilia if they look sideways at the wrong time, or refuse to anticipate every potentially fraught scenario. Rape, Paedophilia, Assault and threats of these are the subtext of many of the interactions between teachers and the unruly students they are trying to control.  Everyone knows their rights. Everyone knows how close they can dance to the boundaries of “decency”. Everyone knows how to make it look a lot better when it’s at its absolute worst and a lot worse when it’s not as bad as it seems. Political correctness (another form of knowledge) is brandished about like a sword, a constant battle of racism v’s sexism, male v’s female, child v’s adult. Given these contexts, the play is a shocking look at the difficulties faced by teachers and their students when they are all locked into these rooms together for six hours in every day. 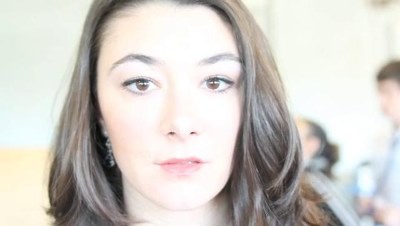 Rebecca Martin’s direction of this complicated play is well done, particularly the scenes of the teens interacting. Christopher Page’s lighting also stood out for me. Pantsguys are a nice little production outfit. I’ve seen two of their performances now and I was impressed with both of them. The is a wonderful performance of a very controversial play, doing justice to some of the most complicated questions to do with teenagers and those who work with them of our age.

← To Rome with Love – Woody Allen and the whistle-stop tour does Italy Savage in Limbo – John Patrick Shanley and Workhorse Theatre company ask should I stay or should I go? →