Tasogare: Twilight. The light between day and night. Music as pure beauty.

Posted by lisathatcher on October 9, 2012 in Music Reviews 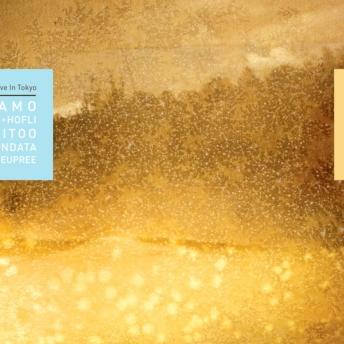 I was lucky enough to attend a Keith Fullerton Whitman concert earlier this year (let’s just say I’m a HUGE fan) and while I was there I picked up a stack of discs at the door as I am want to do at these sorts of thing.  One of the amazing discs I happened to grab is the one I am reviewing today.

12k is a beautiful minimal release label started in 1997 by Taylor Dupree who happens to also appear on this disc. This is my first CD from the label, but it won’t be my last. In a way this acts as a kind of sampler, but really it is so much more.

The blurb for Tesogare on the website gives the following:

Recorded live on April 10th and 11th, 2010, Tasogare: Live in Tokyo documents the performances of five 12k artists at two temples in Tokyo, Japan. Komyoji Temple (April 10th) saw the first-ever performance in Japan by Australia’s Solo Andata, known for creating deep, textured music with found objects, homemade instruments and very little in the way of electronics or software tricks. The duo was joined by 12k veteran Sawako whose voice and delicate computer work were accompanied by guitarist Hofli and Moskitoo who always plays the line between experimentalism and abstract pop.

On April 11th, the 12k weekend moved to the Frank Lloyd Wright designed Jiyu Gakuen Myonichi-kan where Solo Andata performed again, this time with the improvisational beauty of the four-piece Minamo and label- founder Taylor Deupree whose travel-worn state musically played out in the most hushed and calming way.

Tasogare: Live in Tokyo represents the importance of recording and keeping documents of performances seen and heard around the far corners of the globe – a chance for many others to hear what went on a world away in live sets that can’t, and won’t be duplicated again. This edition also represents the adventures formed by artists connected by a label, sharing travels, food, photography, music and sleepless nights. It is the way in which each artist, in their own unique and completely different sounding way, contributes to a collective spirit.

It was noted in other reviews I read, but I will say here again, there is an absence of crowd noise for an album recorded live. This speaks to the surreal nature of the atmosphere, something that comes across in each of the tracks. There is a cathedral quality in the light beautiful tones, a haunting beauty that moves through a more intelligent space than ambience usually does. The lightness of touch, the breathy sound of sweeping winds, the lilting vocals, and the broken pop-resistant dedication makes this a virtually perfect piece of ear candy.

You can purchase a copy of this wonderful disc here.

← Peter Blamey – Forage: the sound of Kafkas Burrow. Shadow of a Doubt – Hitchcock offers us a little Freud. →