The Fourth Dimension – Korine, Fedorchenko and Kwiecinski take us to another place. (Sydney Underground Film Festival)

Posted by lisathatcher on September 14, 2012 in Film Reviews

When Grolsch Film Works and VICE Films took it upon themselves to produce a film about The Fourth Dimension, they decided the best way to do this was administer the request to three film makers in the form a set of rules they were to follow that are missing crucial definitions that might give meaning to the rules. Therefore, interpretation was left open and in the eye of the director, even though they were still bound by certain criteria and specifics. the directors involved were Harmonie Korine, Aleksei Fedorchenko and Jan Kwiecinski.

Throughout the film we are granted brief awareness of the direction the directors were given, most of which you can see in the trailer I’ve added above. The rules were kinda specific and kinda not. The directors have each given interesting commentary on what the belive the fourth dimension to be. 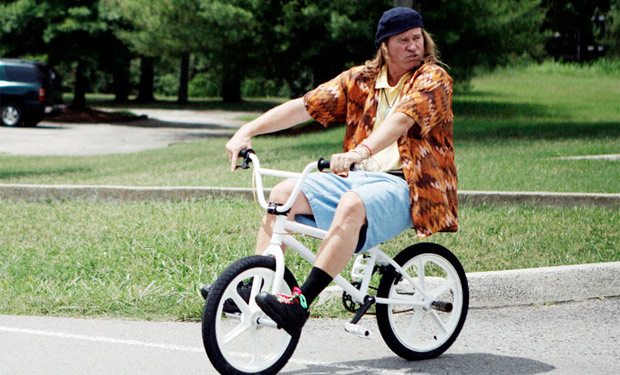 For Harmonie Korine, it is consciousness. In a now fairly famous scenario, and older overweight Val Kilmer gives a motivational speech to a bunch of life’s losers as he gets them to chant phrases like “awesome secrets” and administers profound advice like “As I”m saying this forever I’m saying it but then do it.” Kilmer plays a man playing himself, which is its own stunning piece of fourth-dimension-esque-mind-fuck and the monologue is performed between spliced images of he and his girlfriend(Rachael Korine) having a night of swimming, playing video games, and hanging out. There is a stunning moment when Kilmer serenades her on the recorder, an instrument he does not play well, and she is entranced by his brilliance. Kilmer is the ultimate loser in the huge bunch of losers he wants to train to be winners.  The speech is an awakening that will help the unfortunate – people with disfigured faces and people who live in vans – leave where they are and enter the fourth dimension. In true evangelical style, the bulk of his audience will throw themselves into a trance that will see them lifted out of mediocrity for the briefest of sweet sweet  moments.

For Aleksei Fedorchenko the fourth dimension is love and connection with the other. In the lovely little second film, Igor Sergeev plays Russian scientist Grigory Mikhailovich, a man so obsessed with his work he can’t see the beautiful woman downstairs, Valya (Darya Ekamasova) wants to connect with him. His journey to finding her is perhaps a little clichéd and therefore makes the ending rather unsatisfying.

But the project Grigory is working on is by far the most interesting aspect of this film. He has developed the ability to see back in time as well as into the future.  However, he can only see through certain people’s perspectives, and as he seeks out major events in history he is constantly frustrated to find he inhabits the perspectives of the dull-witted and the inconsequential. In some hilarious scenes, he will go back in time and find his vision wandering off to look at a ladybug when something powerful and important is going on behind him.  This was such an interesting commentary on the documenting of history that I forgave the film the rather predictable ending. My heart broke for Grigory as he frustratingly screams “I need Gods view!” 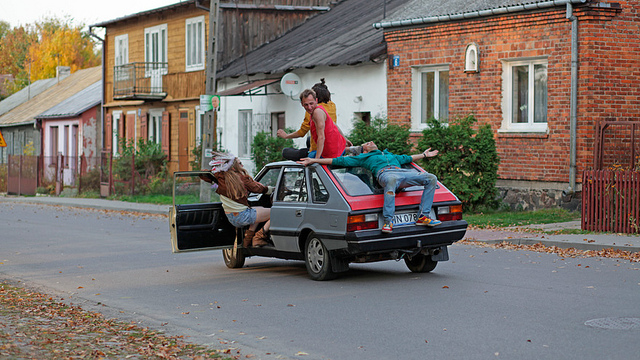 For Jan Kwiecinski the fourth dimension is our responsibilities to each other. In the final of the three films a group of way-ward teens prepare to loot and pillage a town that has been abandoned mid activity because of a disaster that is approaching. This is the simplest of the three films, but also the most visually beautiful. The empty town with its cartoon coloured houses takes on a surreal tone as it looks like it should be inhabited but it isn’t. The young people are both lost and found in this world with no rules, the awareness overriding everything that soon it will all be gone when the water strikes and wipes everything in its path. Of the three films, this is the most blatantly a morality tale – the young people will have to come to terms with a shared humanity and the realisation they are not an island but a part of a community.

This is a cool film. You’ll come for the Harmonie Korine,  but stay for the Aleksei Fedorchenko and Jan Kwiecinski. 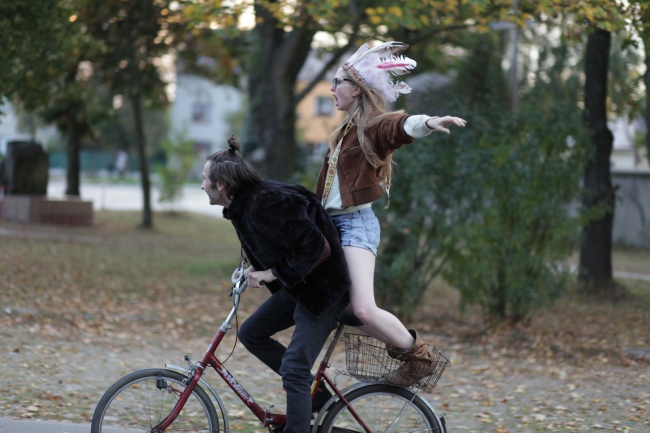 ← Felt – Maxine Funke and the lightness of the subterranean touch. Room – Peter Malicki locks us all up and asks the hard questions. (Sydney Fringe Festival) →