Home » Music Reviews » Felt – Maxine Funke and the lightness of the subterranean touch.

Felt – Maxine Funke and the lightness of the subterranean touch.

Posted by lisathatcher on September 13, 2012 in Music Reviews 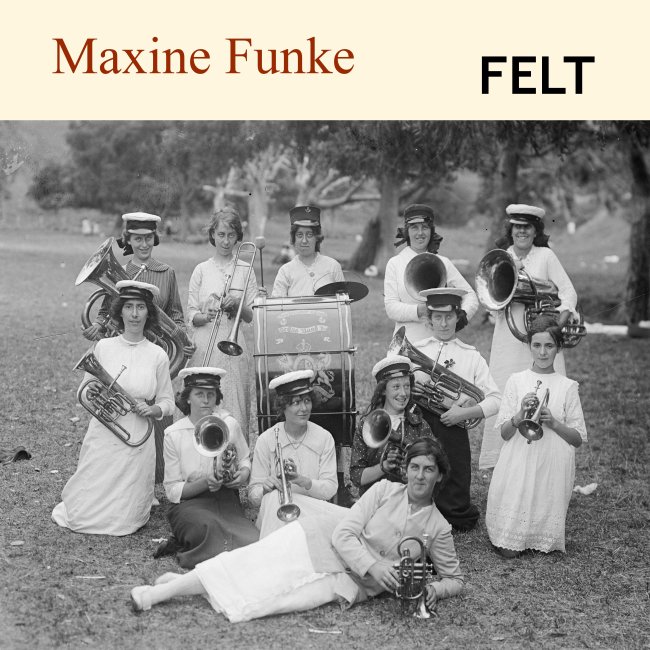 I wanted to add my two cents the hype swelling around Maxine Funke’s new album Felt.  This is a laid back folksy LP from the woman who fronted The Snares and produced the beautiful album Lace in 2008.  It’s a New Zealand production (from a New Zealand chickie) and is out through Epic Sweep Records.

I’m not usually the “folky” type, so it has to be something rather special to be able to grab me.  For me folk is always the same lamentations / celebrations  set to always the same music. There are stand outs and exceptions. Maxine Funke adds enough discordant piano rumble and rolling deep double bass to keep me excited about even the purer sounds when it is just her pretty voice and her guitar.

Apparently Funke wrote this material over several years, between babies and the brief pocket spaces that allow for the transition from mother to woman and back again. I think you can hear that maturity in the work. At eighteen beautiful songs on a limited release L.P. (only one hundred copies) one gets the feeling this is an artist that works for the sake of working.  Perhaps the songs were a chance to feel like herself after a day with the kids. Perhaps they were a chance to escape from herself. Either way, the weight of a woman in touch with something far below the surface is juxtaposed with the lightness of the songs for a lilting and beautiful effect. The songs come from deep within and meet the listener in a penetrating and quiet place.

I found myself drawn tightly in, and after that I keep going back.

You have a chance to hear the album here, and of course you can still buy it here.