Posted by lisathatcher on September 9, 2012 in Book Reviews 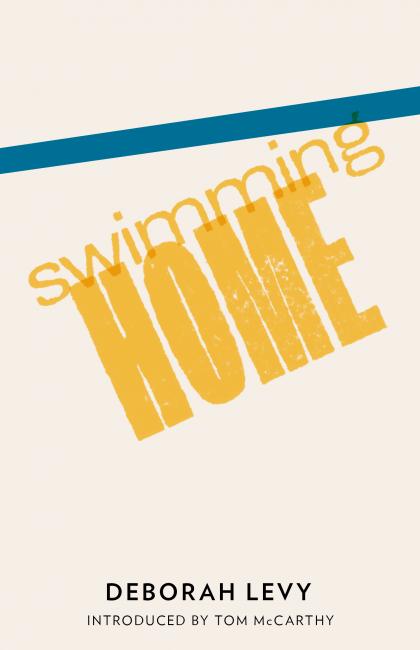 “Each morning in every family, men women and children,

if they have nothing better to do, tell each other their dreams.

ourselves to submit its power to the waking state.”

So begins a novel that details a fateful series of mistakes. Mistakes as character after character misinterpret their dreams and the dreams of those around them. In his introduction, Tom McCarthy describes Swimming Home as a novel about desire and its flip side, the death drive. And yet the desire – true desire – of each of the characters of Swimming Home remains unknown to themselves and unrealised as they pursue error out of the fear of self actualisation.

To have been so intimate with Kitty Finch  had been a pleasure, a pain, a shock, an experiment, but most of all it had been a mistake.  He asked her again to please, please, please drive him safely home to his wife and daughter.

‘Yes,’ she said. ‘Life is only worth living because we hope it will get better and we’ll all get home safely.’

The dust jacket informs us that Swimming Home is a novel about depression and the devastating effects that can have on the people who come in connection with it. It is set in the typical ‘middle-class-on-holiday’ scenario, Levy using a traditional setting to great effect in using the familiar to imbue her simply styled words with layers of meaning. The ending of this novel is a complete surprise, and it shouldnt be, but that is more testament the beautiful craftsmanship of Levy. Seen as a novel “about depression” gives us access to the thinnest of surface layers in what is made available in this rich beautiful novel.  Levy whisks us back and forth through time creating suspense and enthrall for characters brought alive with language fecund with the unspoken. Tom McCarthy is right when he says this is a novel about desire, but it is more about desire as the escape from what we want rather than a pureness of need.

Joe and Isabel are a couple in love who can’t reach each other and have almost given up trying. They wage a secret and private war throbbing in the unspoken and in the psyche of their daughter Nina.  Joe is a “famous and rich” poet (surely a fictitious character in itself) and Isabel is a public war correspondent. Nina lives her life fantasising bout her role as bridge between her parents.  She is initially represented as the ball in her parents quietly vicious game of tennis and emerges eventually as the novel’s protagonist, as she arrives at her own physical maturity that sling shots her into her own coming of age tale.

She was a kind of ghost in her London home.  When she returned to it from various war zones and found that the in her absence the shoe polish or light bulbs had been put in a different place, somewhere similar but not quite where they were before, she learned that she too had a transient place in the family home. To do the things she had chosen to do in the world, she risked forfeiting her place as wife and mother, a bewildering place that had been imagined for her if she chose to sit in it. She had attempted to be someone she didn’t really understand.  A powerful but fragile female character. If she knew that to be forceful was not the same as being powerful and to be gentle was not the same as being fragile, she did not know how to use this knowledge in her own life, or what it added up to, or even how it made sitting alone at a table laid for two on a Sunday night feel better.

Kitty Finch shows up, bent on forging a Sylvia Plath-daddy-style connection to Joe, and finds she is used by Isabel as a pawn in a silent dare she offers to her husband. But the story is not that simple. Each character has their own power, their own weakness and their own pathetic clutches at dominance in an attempt to control a situation in order to avoid themselves. Kitty Finch, the epitome of the wild and free is anything but – completely enslaved by her desperate desire for attention and her hope for something intangible, undefinable and impossible from Joe. Joe wants to use male desire to avoid the complexity of dealing with his wife and his own seething bubbling fears, and Isabel feels that she has made a trade when she pursued a career over remaining at home. Joe wields their daughter like a weapon and she reacts – viciously at first and then in secretive subversive ways calls him on his bluff.

Despite the ugliness moving between people in this short novel, there is so much beauty and light-hearted fun that the darkness never threatens to take over. The unspoken dread that imbues the narrative pulses within the beauty of lush landscapes, sugar mice, sea-smoothed pebbles, toy rabbits in traps and cloudy over-chlorinated pools. The holiday atmosphere tempers everything and in away distracts the reader from the extremities of the situation each of these people find themselves in. There is sunlight streaming through the darkness piercing the heart of every character and the reader.

This is a beautiful novel that has been well crafted.  Its ambitious but appropriately short, the perfect length for such heavy subject matter. It is an unlikely page turner and as I said above, has a twist at the end. I had a lovely time within its pages.

Swimming Home is out through And Other Stories and can be purchased through their website.