Posted by lisathatcher on September 8, 2012 in Articles

I just spent a very enjoyable hour and a half at the Italian Forum Cultural Centre watching a nice little piece of theatre written and performed by a small group of twenty-year-olds.

The play is largely about being twenty, and being twenty in the face of a decidedly non twenty-year-old tragedy.

Seven young people decide to spend a weekend up the coast in one of their parents holiday homes. When six of them arrive, they start to drink, eat pizza and delve rather deeply into each others personal lives.  They are “typical” twenty-year-olds; self-conscious, overly dramatic and filled with their own significance.  They make statements like:

We live like we’re waiting for our life to start.

You need to know what you want, and that should be coupled with a sense of urgency.

Being bored gets me down.

If I am over her, does that mean I was never fully involved?

Soon, however they each receive calls at the same time from their worried parents informing them that the seventh member of the group – Jack – has been killed in a car accident on the way up to meet them. Already too drunk to drive and in the midst of a storm that takes away all their phones reception, they six decide to remain in the house overnight and get themselves home in the morning when sober.

Initially, they mourn his passing in conventional terms.  They throw mini tantrums. They wonder why Jack didn’t do more with his life?  They ask each other is it OK to be Young happy and aimless? They recognise Jack as irresponsible and a substance abuser. They see themselves as his last link to reality, and scene two closes with them toasting Jacks memory.

As the night wears on and the alcohol flows other tensions rise within the group. Relationships are a key and central theme within the play. Robert (Samuel Boneham) and Jessica (Gabriella Glenn) have a relationship that is only about the sex, that becomes unbearably barren for Robert when he is mourning his friend. Harriet (Paige McNamee) recognises she is growing up and leaving her boyfriend James (Connor Luck) behind. Anthony (Darcy Green) has been manipulating circumstances in order to be alone to seduce Kathlyn (Sydney Abba) who appears to like him, only to be confronted and confused with her rejection because she fears losing their friendship. Each individual is brought face to face with their desire and fears around intimacy as they examine the complexities of their relationship with their now dead friend. 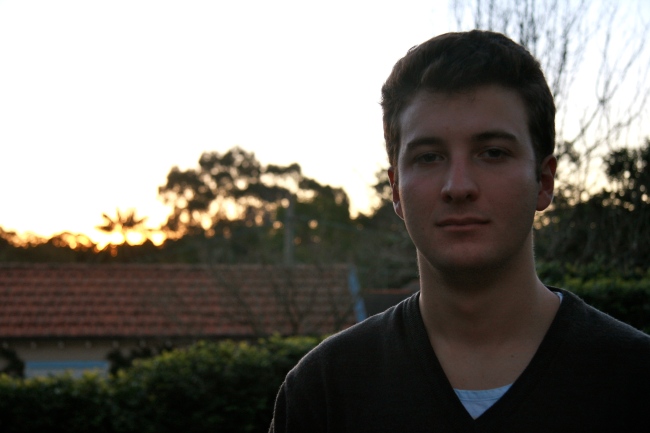 Then, a stand out monologue by Robert brings the events to crises point when he openly accuses Jack of killing Jack.  He cries to his friends that he is sick of going out and getting drunk, and that they feed of the wealth and hard work of their parents. He says they are sprinting away in fear and they do not even know what they are afraid of.   He argues Jack could have been saved by responsibility, but he couldn’t summons it up.

The actors all do a fine job, if perhaps they are a little over the top at times, they are all very convincing. Despite its morbid subtext, the script is lively and witty and everyone plays their part well. Special mention has to go to Darcy Green as Anthony, who has complete command of the stage and a presence far beyond his years.

The real star here, however is Thomas De Angelis who has written a competent first script that has some really beautiful moments. The above mentioned monologue by Robert is spliced in at the perfect time.  Its gripping and reveals a raw depth to these mostly sweet, shallow young people. De Angelis says in the play’s introduction that he is optimistic about the future of his generation, and he imbues the script with this insightful optimism. If it wasn’t written by a twenty-year-old I would say it was a little too wise for its years.  De Angelis said the idea came to him while witnessing some of his friends going through the loss of a good mate, and given that premise, I think he is right to think so favourably of his peers.

I had a lovely time with this play.  I think Thomas De Angelis must give up law immediately (UGH!  what a waste) and write, and I encourage anyone lucky enough to be in Sydney over the next week to catch it.

It is on at the following times.