Posted by lisathatcher on July 31, 2012 in Film Reviews 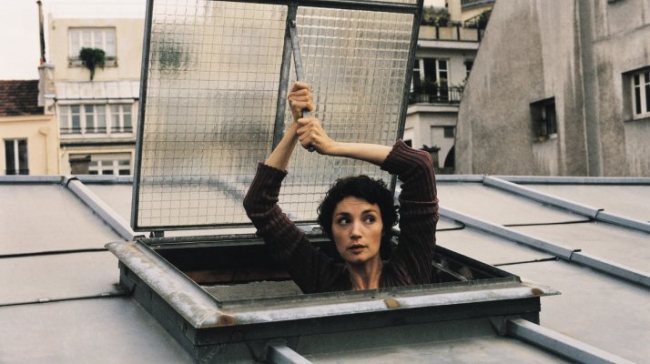 Va savoir begins in total blackness. A spotlight pierces the dark. A leg steps into the beam, and then full illumination reveals the enigmatic Camille (Jeanne Balibar), an actress performing in Paris as a member of a traveling theater group. She fled the city a few years earlier to escape from her philosopher boyfriend Pierre (Jacques Bonnaffé). He, like all good philosophers, has a Heidegger problem.

This lovely little comedy of errors and double entendres is not for the impatient. It’s long, and its subtle – two traits that don’t usually blend well. Jacques Rivette is a master film maker from the French New Wave and his talent lies in his light touch, but he is always concerned with the manipulation of the human object as if his film and life itself were a stage. He brings this principle to overwhelming life here, using the stage itself and his own precision staging to highlight the complex nature of human interaction. HIs characters are pawns in his film, pawns in life and pawns to each other. This metaphor is apt, because Rivette moves his characters around his frame as if on a chess board, revealing the director as dictator and the way we act as Other/dictator to those around us. 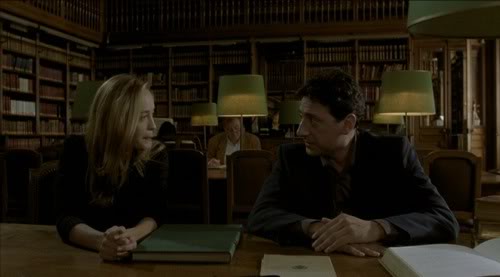 Everyone in this charming film will somehow become entwined with everyone else. Everyone takes twists and turns according to strange alliances that may or may not be good for them. What is overwhelmingly present, however, is the absence of accident. Rivette, as with all his films, creates an overarching consistency of that serves to remind the viewer even chaos is choreographed. There is always a director, even if that person is the other people we have around us. Human interaction is response driven, it is not chaotic. Rivette asks us, through this film to notice that response is a dance, and we can make it beautiful if we choose to look at it a certain way.

Although the acting and recombinant twists of the plot dance with spontaneity, Rivette’s mise-en-scène is precision exemplified. Every move is choreographed and framed with surgical accuracy. And the subsequent phenomenology of space astonishes. The stage is at the hub of all activity, a tabula rasa/void connected to all the streets, rooms, and even rooftops of Paris. Architecture comes alive at every turn. Doorways become portals to desire; rooms, especially those lined with books, become arenas; and staircases.· Rivette has a thing for staircases. (Discussing his film Secret défense with Frédéric Bonnaud, Rivette spoke of staircases as characters: “I chose the house where we filmed because of the staircase. I think it’s where all the dramatic loose ends come together, and also where they must resolve themselves.”) The opportunity to ascend or descend a stairway somehow frees Rivette characters to perform anything from spasms of absurd body-language to inspired bursts of soliloquy. Early in Va savoir, on the stairs backstage at the theater, Camille quips to herself, “It’s more whim than drama.” And whim is closer to the heart of the matter than any artifice.