Posted by lisathatcher on July 1, 2012 in Music Reviews | 1 Comment 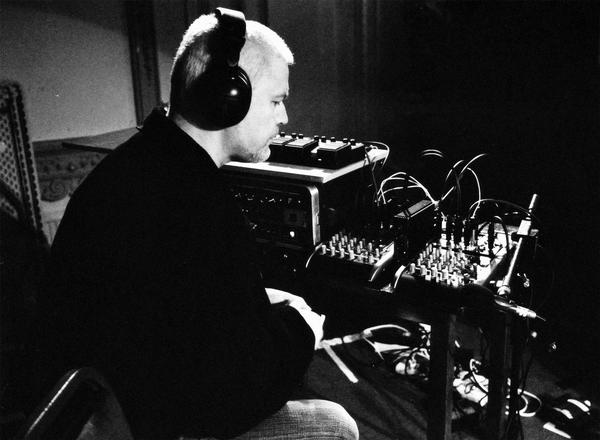 Impossible not to get excited about this portion from Wire’s list.  We’re well into the 1990’s now, and yet as with so many albums on this list, no respect is paid by these great artists to context. Here is music that picks and pulls from many different traditions and ages, leaving us with a taste for more and a longing for a richer understanding of the sounds that shape us. It’s what the music will do to you if you let it that is the point with the bulk of the artists on this list, as with all great musical artists. Music like the below will inform and shape your consciosness, if you allow it into the subconscious. There in lies the trick.  Not too much analysis in the listening process itself – save that for the end of the record. Let it in, let it do its majic and wonder when its done.

This is rare beauty indeed – another of my favourites from the Wire list. Thom Jurek gives the best review I’ve read of this stunning album, so I’ll lean on him here. Pop over and read his full review – I dare you to not search and scour for a copy of this once you’ve read it. Like t6he cover itself this is an austere journey into the depths of what it is to be human, however it throbs will life force still. I adore this album.

Ustvolskaya’s name is only now being uttered outside her native Russia and Eastern Europe (she was born in 1919). She was raised between the heady experimentalism of the October Revolution and the rise of Russia’s own cultural revolution, Soviet Realism. Her work sat in obscurity in her native country, often unperformed or even printed; tied and tangled in the stinking garbage heap of ideological conflict, i.e., censorship. Her vision as a composer is austere, spiritual, and often bleak. She paints her scores in shades of grays and browns, not unlike the more subtle of Mark Rothko’s canvasses. Her lack of sentimentality doesn’t, however, result in a lack of heart, as these works will attest. The collection opens with “Trio” for violin, piano and clarinet from 1949. And here is the first astonishing fact: this music dating back 43 years already predicted the aftermath of serialism and is unconstrained by its bonds — in fact, by any boundaries at all. While it’s true that Ustvolskaya was reared in a musical culture where such music was regarded as decadent is of no consequence, this music sounds ahead of its time, even today. The lilting piano sets its tone in a somber, almost elegiac tone, and is sweetened only slightly by a violin playing counterpoint to DeBoer’s clarinet.

OK – is every album on this list allowed to be my absolute favourite? I mean is there ANYTHING as cool as this album? Steven Jay “Jesse” Bernstein was a Jewish American underground writer and performance artist who is most famous for his recordings with Sub Pop Records and close relationship withWilliam S. Burroughs. Bernstein’s substance abuse issues and mental illness contributed to his provocative local celebrity, though they ultimately culminated in his suicide. This brilliant album sees his monotone and bruised complex poetry thrusting along side the equally as brilliant sounds of  Steve Fisk.

The concept for the Bernstein album Prison was for Jesse to do a raw, live performance at the State Penitentiary Special Offenders unit in Monroe, Washington in 1991. Jesse went with his manager Barbara Buckland, Bruce Pavitt from Sub Pop Records, Grant Alden, then a writer for Rocket magazine and now the co-founder of No Depression magazine, photographer Arthur S. Aubry, and various technical assistance people. None of the session except for the photostaken by Aubry was usable. Sub Pop later contracted Steve Fisk to finish the project. The album was intended to be produced along the same lines as Johnny Cash’s At Folsom Prison, but Fisk later decided to score the recordings with jazz and ambient music. The album was only partially completed by the time of his Bernstein’s death. On October 22, 1991, at the age of 40, Bernstein committed suicide by stabbing himself in the throat in his home in Neah Bay, Washington. 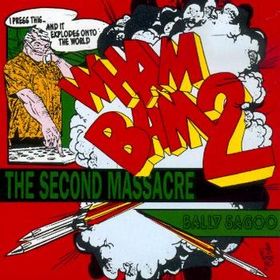 Before he was grown up and serious, Billy Sagoo was young, fun and silly. If one album can be seen in direct contrast to the darkness of the Bernstein above, It has to be “lets chuck it in and see” fabulous fun of Wham Bam 2. Pretty much everything you can think of has been converted to fun on this completely infectious playful album. Here’s what Wire has to say about it:  “Let’s massacre, c’mon take my hand!” Indeed, who could say no to the original wideboy remixer from the Indian side of Birmingham, as he alternates dancefloor versions of catchy Bollywood choruses with seething rappers talking up his current release as even more world-mashin’ than the last. I love Bally Sagoo because he sample everything in sight and then hurls it all into the mix as if genuinely excited by his new toy, the remix studio. Wham Bam 2 is a cartoon-paced Technicolor outburst of infectious joy, and was the last of Sagoo’s nuff-nutty cassette releases before settling down to a nice sensible deal with Sony as a mature, tasteful producer. Still available in Indian cassette shops. 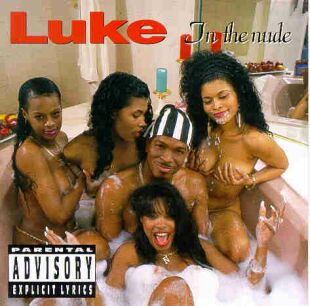 A combination of fear of women and extreme prudishness (and make no mistake – this is VERY prudish) will always get you attention but combine it with winning tune and you have “timeless.” Here is a man with major mummy issues!

Wire says: this record – which along with the ascendancy of champion scratch DJ Magic Mike moved Miami Bass from its Electro roots to a more streamlined version of breakbeat science (so it actually set about 500 square miles of the world on fire) – sets his unrepentant ribaldry to a beat with so much relentless forward momentum that I’d forgive him for spending the rest of the record talking about his favourite position from the Kama Sutra (which, in fact, he does). Perhaps inevitably, the dirty version rocks a lot harder than the clean one.

Maybe not my favourite on the list, but I’m still happy to pay it its dues.

(PS – I don’t forgive him for talking about his favourite position from the Karma Sutra – yawn!  So bad I’m not even interested to see what he does when he grows up.) 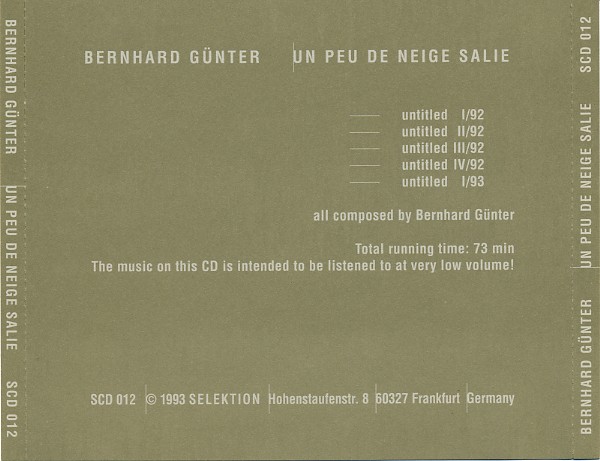 It has been said that brilliance is achieved not by what you add but by what you remove. This album is a point in favour of that theory. Its no secret to those who read this blog that I love these examples of musical restraint – the study of the sounds between the words. All the “music” has been removed here and we left with the sound of the mastering and mixing process. Microscopic pops and buzzes flicker across the surface of nearly imperceptible high frequency tones – unless you listen to it in a quiet space or on headphones, it may seem at first to be completely silent, and the CD pressing plant at first returned the master tape to Gunter as ‘faulty’. Its humility is beguiling – once attuned to their subatomic universe, the sounds become strangely compelling. The disc heightens awareness of your immediate surroundings and the rarely tapped full potential of the human eardrum.  Note the instruction on the album cover is to play this music softly. You have to stretch toward it – reach out to listen. So beautiful.