I saw Captive at the Sydney Film Festival last week and despite the fact that it is terribly clichéd, I had a reasonable film experience. Like so many of these sorts of films, based on true stories, it has received terrible press. I have to confess, the poor reviews are warranted. This is a terrifying story of horror that Mendoza has managed to turn into a rather dull and meandering stroll through the forests of the Philippines.  The reason I had a good time was Isabelle Huppert.

The problem with Captive is the clichés.  I can’t see this spending too long at the box office, which is a shame because the real version of events was a terrifying ordeal. Based mainly on 2001-02 Dos Palmas kidnappings on the South Philippines island of Palawan, in which the armed Abu Sayyaf group took around a hundred hostages in an extended series of raids, the screenplay also draws on other, similar events that have put the Philippines on a black list for tourism. Taking a deliberately neutral approach that neither totally vilifies the kidnappers nor defends or justifies their actions, Captive focuses on describing the torturous life of the hostages, whose survivors were freed only after a year in captivity. 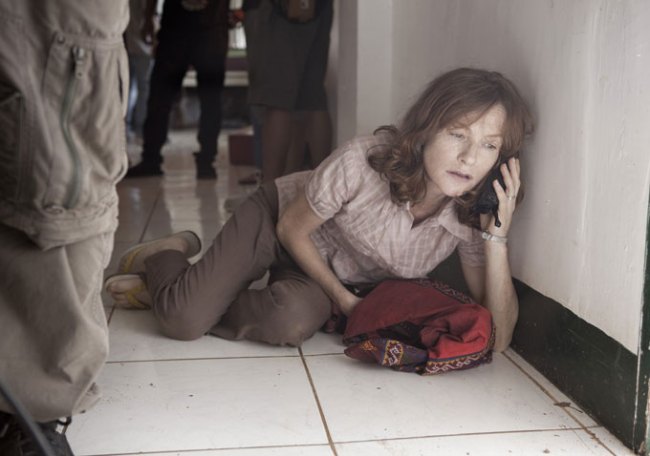 The film is scrupulous in recreating events in realistic settings, adding little dramatic invention to the true story.  What it actually lacks is a spark of storytelling that would pull it out of the historical recreation category. Only Huppert’s French social worker Therese Bourgoine stands out from the cursorily drawn characters, stereotypes borrowed from other disaster movies. There is the handsome, gentleman rebel leader, his rougher lieutenants who do the dirty work, and the young teenage separatist who Therese tries to mother. Lined up on the victims’ side are a missionary couple (Katherine Mulville and Marc Zanetta as Sophie and John Bernstein, apparently stand-ins for the real-life Kansas missionaries Gracia and Martin Burnham), Therese’s elderly friend and coworker Soledad who is obviously doomed from the start, and several hospital nurses picked up along the way. (Deborah Young  – The Hollywood Reporter)

There are some interesting moments which saved the film for me. The Captors announce their intent at the start to attempt to raise funds be gaining ransoms for the captives, however they also declare their second intent is to convert the captives to Islam.  This they do by race, favouring the Philipines over the whites and also by force, demanding the young nurses marry them and raping them into submission.  IM not sure why, but the forced conversion theories surprised me (similar to the Spanish Inquisition) but it did.  Perhaps because it was one of the few non clichéd aspects of the film. Another interesting aspect is that these events take place in the year surrounding 9/11.  When the captives are first taken they are informed the ultimate leader of their movement is one Osama Bin Laden – and name barely known to the captives but one that will become very famous over the next few months as the prisoners are traipsing through the forest. 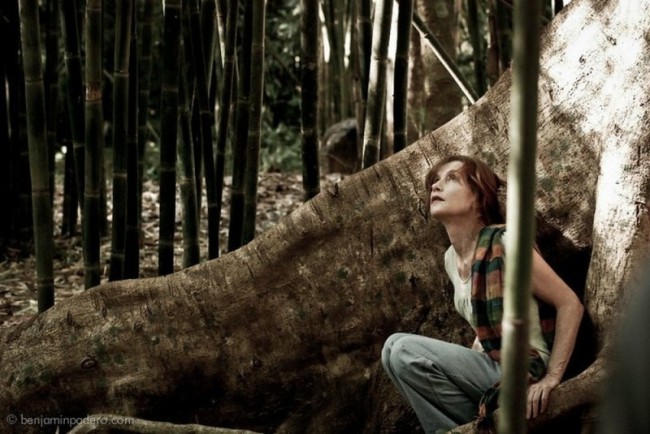 Another rather odd aspect of this film, is the relationship between Christianity and Islam. Therese is feisty rather than compliant and despite trying to rescue a box of bibles from being tossed overboard, shows absolutely no signs of being a Christian at all. She never prays and she never relies on her faith.  She makes no attempt to use it to preach to those around her nor does she use it as comfort in her hour of need. The Christian missionary couple are similar, except that John Bernstein is a weak compliant man who uses Christianity as a mask for a lack of courage.

Mendoza faithfully follows the sequence of events in the Dos Palmas abductions. The kidnap victims are taken on a long sea voyage to the island of Basilan in southern Mindanao, where they’re marched into a Catholic hospital the separatists take over. Attempts to negotiate with the Army fail miserably, and the first of many gun battles erupts as the military fire on the hospital. This makes the point that, throughout the year-long crisis, the Philippine government and Army are concerned almost exclusively with killing the rebels and make little or no effort to protect the lives of the hostages, who are continually caught in deadly cross-fire. Many lose their lives this way. 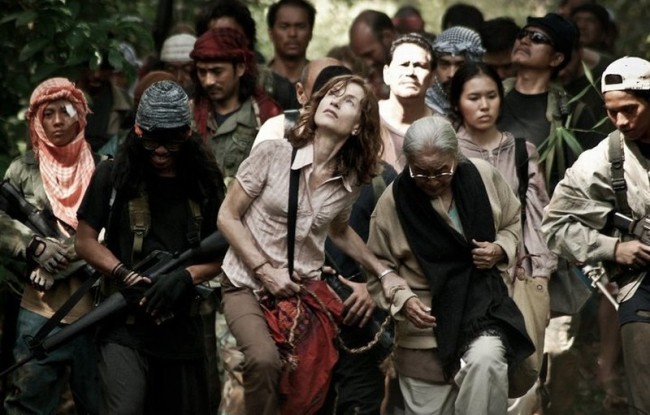 In this compendium of horror, the film has only the angry, frightened Therese as a central point of view, and she’s not all that easy to identify with. Her short fuse often pits against her captors her in furious outbursts, putting her life in danger. More than others, she fights off the Stockholm syndrome. Her courage only breaks down when a local TV journalist is allowed into the rebels’ camp to interview her and Huppert pulls out the stops on her considerable acting gifts. She is always worth watching. I’m not quite sure what she is doing in this film though.

← Wire’s 100 Records that set the world on fire while no one was listening. 81 – 85 Mune – Claire Bergerault and Jean-Luc Guionnet use sound against the signifier. →