SFF: The Angels Share – Ken Loach and the power of feeling good through Whiskey.

Strangely, whiskey played a rather large role in my very enjoyable experience of the Sydney Film Festival. It started when I saw copious amounts consumed in On the Road and came full circle with The Angels Share last night. What a lovely film this was, filled with all the usual left-wing agendas we know and trust from Ken Loach, as well as a light-hearted funny look at Scottish life through the eyes of down on their luck young people with almost no options in life. The worlds finest whiskey is at the heart of this film – as it is at the heart of every Scotsman.

The Angels Share opens with Albert (Gary Maitland) narrowly avoiding being hit by a train while extremely drunk. We then cut to a courtroom, where we see each of the film’s main characters sentenced to hours of community payback, in particular Robbie (Paul Brannigan), whose attorney explains that he has not had any convictions for a number of months, owing to his impending fatherhood. During his first community payback session, under the guidance of Harry (John Henshaw), Robbie is interrupted and taken to the hospital by Harry as his girlfriend, Leonie (Siobhan Reilly), has gone into labour. Robbie convinces Harry to come in with him, voicing a fear that he would not be allowed in because of the way he looks. Harry agrees, and witnesses Robbie being attacked by two of his girlfriend’s uncles, who beat him up and break his phone. Harry takes Robbie back to his house, where Leonie calls to tell Robbie that his son, Luke, has been born. Harry insists that he and Robbie celebrate, and brings out a vintage Scotch. Robbie tells him it “tastes like shit” and asks if he can have Coke mixed into it, but Harry refuses.

As a surprise, Harry drives the community payback group to a distillery as a reward for their good behaviour, where they learn what “the angels’ share” is. Afterwards, the tour guide gives them each a dram of whisky and asks them to smell it, and Robbie is complimented on his ability to identify flavours. As they return to the car, Robbie sees that Mo (Jasmin Riggins) stole a number of whisky samples and he tells her off. They leave and afterwards the group get together and attempt a tasting session using Mo’s stolen samples. At the next community payback session, Harry approaches Robbie and asks if he’d like to come to a whisky tasting session in Edinburgh. Robbie, in turn, invites the other members of the community payback group. At the tasting session, the group learns about a cask of priceless whisky set to go on auction soon, and Robbie is passed a card by a whisky collector, Thaddeus (Roger Allam).

After they leave, Mo reveals she spotted and stole documents detailing the warehouse in which the cask of priceless whisky is being kept, but Robbie convinces her it’s a stupid idea. After realising that he can’t continue living under threat of assault on himself, Leonie, and newborn son, though, he begins planning to steal the malt mill, which Harry calls “the holy grail”, with his community payback partners. They plan to dress in kilts as “nobody ever suspects someone wearing a kilt”, and secure an invitation to the tasting and auction. 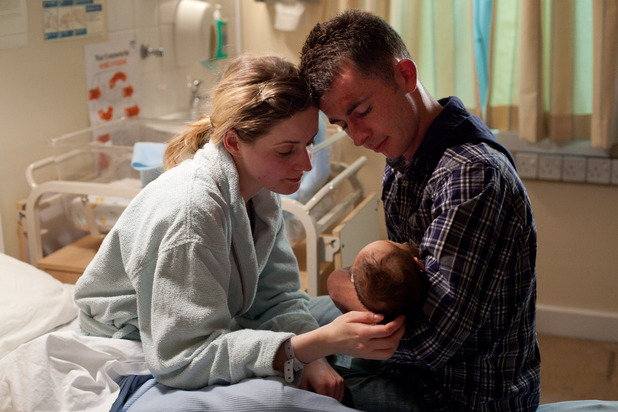 I’ll stop there because I don’t want to give away too much of the plot.  I haven’t seen a lot of Ken LOach films, but I know that he hasn’t made something this relaxed and easy for quite a while. It’s a tight script, well acted by non-professionals, who add to the Loachean social realist approach. It’s laugh out loud funny and very warm-hearted giving a bunch of no-hopers a chance to make something of themselves in a world where we know these kids would never really get a chance.

The political backdrop to The Angels Share is the widespread, seemingly permanent youth unemployment and the despair and communal erosion it engenders. Its written by leftwing Scottish lawyer turned screenwriter Paul Laverty.  All the characters are misfits who commit petty crimes except Robbie our protagonist, who narrowly escapes prison (again) because his girlfriend (Leonie) is eight months pregnant.  He is unemployable, unskilled, permanently drunk or high and filled with a rage that scares even him. Robbie is “given a chance” by Harry, and of course by his saintly and patient girlfriend, and this chance is able to take hold because Robbies son Luke is born and This event touches Robbie deeply. Therefore when opportunity meets preparedness, Robbie is able to face the mess in his life and take some action. 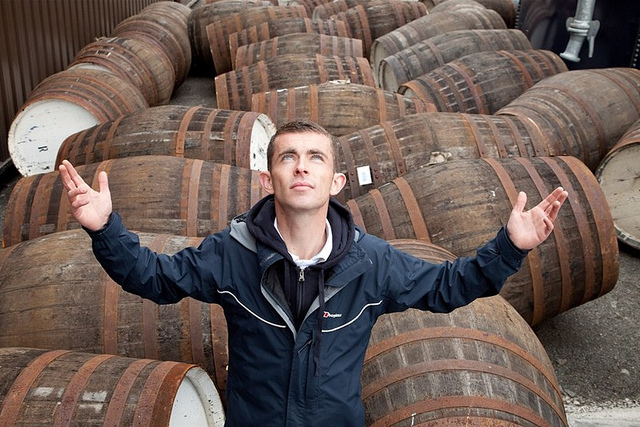 This theme of “given a chance” is a repeated one. Leonie’s father wants to see Robbie out of his daughter’s life, and his primary argument for this is that Robbie as so many enemies now, that even if he went straight, his enemies will see that he is dragged back into the life he no longer wants for himself and his new family. In other words – that Robbie is a hopeless case and even a “chance” wont help him. Robbie and Leonie are given a lovely flat to live in for six months when a family friend goes away for an extended time, because someone once “gave her a chance” and she wants to do the same for someone else. At the end of the film, Robbie leaves a note for Harry that says simp[ly “thanks for giving me a chance.”  Mor valuable to Robbie than any riches he may be able to procure through the elaborate scam that is the film’s plot, is the possibility of a full-time job and “being given a chance.”

In the middle of the film – and yet seamlessly included – is a lovely little documentary about scotch and its making. This serves to add an element of connection with cultural history as well as reveal a talent Robbie has for recognising the various flavours in the whiskey.  The addition of the scotch adds a dramatic mood change to the film. The film literally become lighter – and Robbie feels good about himself for the first time. It’s when Robbie can see himself as talented, clever and able to contribute that he is determined to make something of himself for his girlfriend and child. This is another crucial theme of the film. Success breeds success, and despite setbacks and stupidity, Robbie never forgets that he has been granted “a chance” and that he is good at something worth doing.

The result of the combination of political perspective, witty dialogue and beauty of whiskey mean we fall in love with these no-good-nicks and their bastardly ways. I found myself cringing as they work through their paces, desperate for them to succeed. The film’s title, The Angels’ Share, is the term used to refer to the 2% of whisky that evaporates in the cask each year. An interesting item of distilling lore, it’s initially a joke about capitalist exploitation that turns at the end of the film into a metaphor for generosity and gratitude. Not to mention the very small gesture that can turn the lives of these youths around forever.

I enjoyed this film a great deal. It was a wonderful way to round out an almost perfect film festival for me. 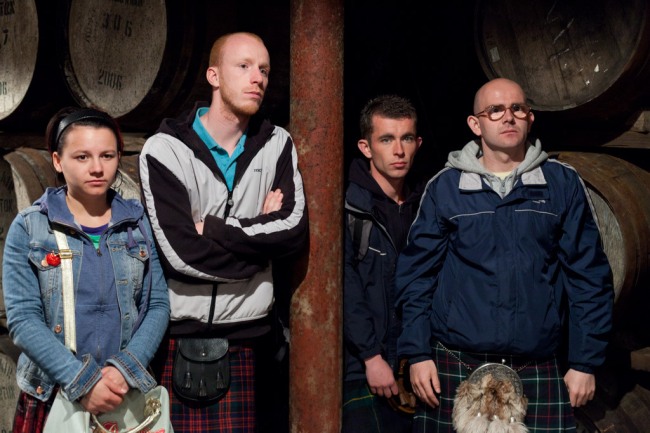