It’s a very brave move to make a spiritualist film in this day and age – particularly one that is well made and treated with great respect. This isn’t some new-agey guff like The Tree of Life, this is an approach at that hard-core naked spirituality.  You know, Christianity and reincarnation. While the tree of Life (tries to) hide its new age lack of substance behind a faux intellectualism (no I haven’t seen it… no I don’t intend to) Cafe de Flore comes right out with it and stands face to face with the critiques of its perspective. I can’t give away too much about the primary plot line of the film, as it is a major spoiler, but one of the things that impressed me was the audacity with which it was presented.

In this day and age of celebrity atheists, sinister ministers, and Muslim suicide bombers, its become fashionable to participate in anything religious for the sake of appearances, and very unfashionable to actually ‘belive’. It’s like we’ve forgotten the primary purpose of religion is to act as a moral compass, a guide to protect us from the endless void of nothingness. Belief comes second to the need for religion – it’s a kind of justification for a conviction that is already well in place. (And I say this as an atheist)

This film analyses, with extraordinary precision, the importance of belief in the life of a human being and how crucial connection with some sort of spiritual meaning can be  for human creatures to simply survive. That is what religion is, after all – a tool for survival.  For the main characters in the film, a connection with ‘something outside themselves’ that ‘gives their life meaning’ becomes the all guiding compass that allows them  – grants them permission rather – access to their own reason d’être. A mother who dedicates her life to her severely handicapped son does so after making a vow to see him beat the odds of his life expectancy. His well-being becomes a source of religious fervour for her. A man who leaves his wife and children for another woman, can only live with himself through his belief that there is a specific path laid out that means one has to connect deeply with one’s soul mate. An alcoholic father and son bond by attending AA classes together. A woman can only reconcile with her position in life and her circumstances by visiting a medium and examining her past lives. A man holds his family together with an annual prayer and blessing for the new year in a house where no one is religious, but uphold the moral principles of Christianity. And finally, most important of all, is an examination of music and the role it plays as a spiritual compass in our lives.

Life is presented to us as a series of rituals in this film. The mother and her Down’s Syndrome son play out a series of rituals to start and work through each day. Alcohol and music are used to connect with the deeper self, till alcohol can’t serve any longer and becomes a symbol of awakening and responsibility by it’s always presence sitting along side the always refusal. Alcohol is replaced by AA meetings, where the middle-aged Antoine claims he hates the meetings because he can’t stand the rituals. The night club scene is filled with dance ritual, tattoo ritual and drug ritual. The spiritualist first wife engages with yoga, meditation and marijuana to reach her inner peace. Different supportive circumstances of life, different beliefs are all supported by ritual.

The most astonishing thing about this film is the respect and wisdom with wich the tricky subject matter is treated.

In 2011 Montreal, the DJ Antoine (Kevin Parent) is about to turn 40. He is successful, healthy, has two beautiful daughters and is in a loving relationship with Rose (Evelyne Brochu). In 1969 Paris, Jacqueline (Vanessa Paradis) is raising her son Laurent (Marin Gerrier), who was born with Down’s syndrome. She has read that the boy’s life expectancy is 25, but she is determined he will live to be an old man, and she devotes her life to him.  In an additional link to the music, Kevin Parent and Vanessa Paradis are famous for music careers, though here they both do a sterling job in their acting roles.

Linking the two storylines in Café de Flore is the eponymous song. In Paris, Laurent listens to a jazzy piano version. In Quebec, Antoine prefers a groovy ambient cover. Much as he did in 2005’s C.R.A.Z.Y., writer-director Jean-Marc Vallée uses pop music liberally, always to sublime effect. Pink Floyd sneaks in and out of the soundtrack (Antoine’s bedside alarm clock uses the clanging bells that opens the group’s song Time). Sigur Rós plays when Antoine meets Rose, and the chorus swells at the precise moment they fall in instant love with each other. Vallée uses film the way a DJ uses music: To make you see and feel the world exactly as he does. Café de Flore is told in non-chronological order, with flashbacks within flashbacks and narratives constantly jumping back and forth across decades. But there isn’t a single moment in the movie when you’re lost or confused. Recurring images, such as a shot of Antoine’s ex-wife (Hélène Florent) driving her car in an agitated state or glimpses of a teenaged Antoine hanging around with his girlfriend and listening to The Cure, don’t mean anything at first. The great pleasure of the movie is seeing how the entire lives and histories of these characters gradually come together. 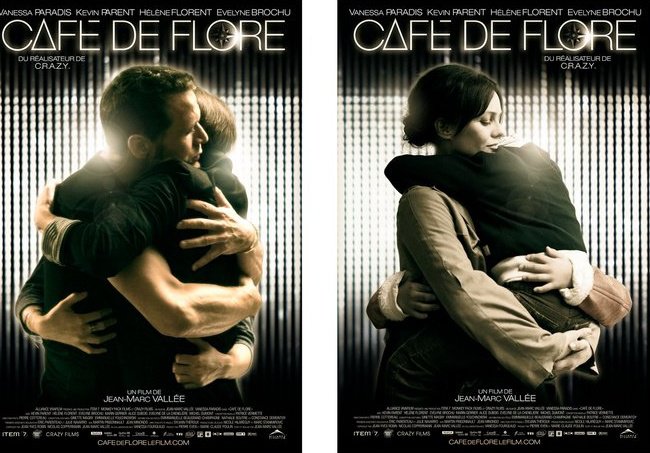 Music is a key element in the film, used as a spiritual link to combine all the elements of these characters inner lives. It is the music that saves the film from rank sentimentality, downright foolishness and the ludicrous.  Vallée has brilliantly avoided all the trappings of traditional religiosity, playing with our own musical baggage. Instead he takes Pink Floyd – an album so many of us have used to journey into our own hidden depths, and Sigur Ros to guide us into the spiritual realms. We follow, hardly knowing where we are being taken. Music is represented in the cool world of a successful and wealthy DJ artist and in the attempts for a retarded child to connect with his outer world. By using musical influence in this way the spiritual aspects of the film avoid cliché completely. This leaves us with a naked opportunity to see the importance of a spiritual connection outside of themselves and the rituals that accompany them, without our own judgement clouding the vision.

Ultimately, this beautiful film may or may not actually be ‘about’ what is revealed in the final twist. What it is about, is the importance of the external in many peoples lives, and the tumultuous and profound effect that can have on human beings, for good or for bad. 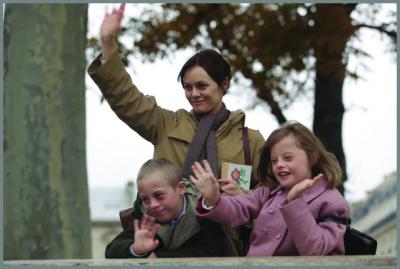 ← Tim Coster – A place in the Sun. Music to end time to. Hear O Israel: A Prayer Ceremony in Jazz or How to keep the young at the synagogue. →