Posted by lisathatcher on April 27, 2012 in Music Reviews | 2 Comments 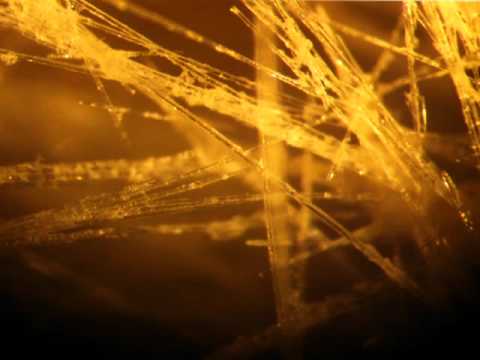 The liner notes in Droplets, conceived by Dominic Lash tells us of a group formed by Lash specifically to focus on performance of works by the Wandelweiser collective. This floating group of musicians will be known as The Set Ensemble, and relate primarily through a shared interest in the work of Alain Badiou who deployes mathematical set theory in his philosophy, which is an interest shared with many of the Wandelweiser composers, and here Lash singles out Antoine Beuger and Michael Pisaro.

At an inaugural performance of the group Lash performed Eva-Maria Houben’s composition Nachtstuck.  The music blended so well with the sounds from outside that Simon Reynell who was part of the audience suggested an actual performance outside to be recorded. Lash met this challenge, and the result is the following recording:

Lash laughs about taking his double bass into the rain and suggests it will be a while before we have this experience again. I confess to being horrified at the thought of the instrument ‘out there’ but it does give an alternate interpretation of Nachtstuck for solo double bass. Of course it isn’t aq solo at all. Lash includes the sounds of the rain as it pours on Hathersage, a village in Derbyshire. We know the Wandleweiser Collective has a committment to the structural possibilities of silence. Given this overarching aesthetic and the combination of the always already rain, the double bass forms a kind of series or string of impulses, symbols and icons deriving from a broad range of its own input. This is translated within the piece, accompanied by the rain into a parallel sequence, an outside meets inside becoming operational in the sense of the procedure each sound is involved in making. Sounds are sponsored, performed and regulated. Rather than a co-opting of sound each into the other, parallel sound symbols emerge as emblematic of object or thing. The piece is a little over 30 minutes long and at times the rain so fills the silent space that one can get a grasp of the set theory Lash mentions in the liner notes coming to life.

The Susam composition, For Maaike Schoorel, appears in two different realizations. Both these interpretations along with the track that separates them on the disc, Elusion are performed by other musicians of The Set Ensemble. The musicians are double bassist Dominic Lash, percussionist Patrick Farmer on acoustic turntable, and Sarah Hughes on zither.  Both the interpretations of Susam’s work are exercise in minimalism using the silence as a fourth member of the ensemble. In fact, the silence, rather than existing as a ‘backdrop’ against which the sounds are applied, becomes the language at which the inchoate becomes operable, the random and non-sequential calculable. The sounds move through the silence, in a system of ordered sounds as if parallel and multi-linguistic texts step out of one typographical system moving into another. Interpretation (a gift and a disease silence inspires) becomes the crucial fifth member of the ensemble. Alternate realities and (astoundingly) autopoeisis are found in the interactivity between parallel strings of data emerging from each sound source, held, guided and informed by silence.

Elusion allows for a journey set in place by the first interpretation of For Maaike Schoorel that continues into the multiplicity of intelligence brought up through the listeners role as interpreter or receiver of what the silence offers. This is a mapping between sounds and musical scores, silence being the core interface. At the crux of this beauty is systems, and the interruption and reorganisation of systems along with their isomorphic interpretations. This beautiful sound experience moves into the third track and second interpretation with the hand-held ease of a design possibility shift.

Droplets can be purchased here on the Another Timbre Label.

← Breakthrough sometimes breaks through – Why I still love Gotan Project Wire’s 100 Records that set the world on fire while no one was listening. 71 – 75 →