Home » Music Reviews » The Cat from Cat Hill – Loris. Music that meanders through my subterranean caverns.

The Cat from Cat Hill – Loris. Music that meanders through my subterranean caverns. 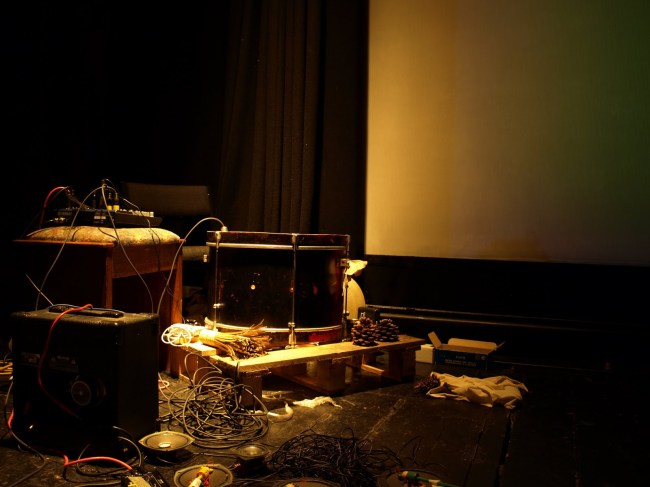 Deep inside my capacity for music listening is a vast potential for horizonal expansion with the texture of cyber-like plasticity. Separate from the music that now inhabits it, or rather tries to inhabit, is the space for music. Long before the music presented itself, something inside me – god, evolution or an expanding to nowhere death-drive subconscious depending on your particular faith – already formed the compartments ready to respond and store the bounty when it offered itself. This music manages to stretch me even when I don’t listen to music that stretches me. This is something quite beyond the phenomena of “when the student is ready the teacher appears.” It’s as if certain kinds of music – because they exist without my imposition of self hood – are in the world around me, preparing me always for that moment when my ears become receptive and I can actually hear.

That is, my place to which this music speaks, inhabits, enters exists before I can hear it. 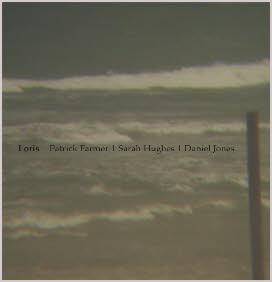 Long before the capacity to hear( the awareness I need to make this music conscious) arrives to me (and we know that it will not visit everyone) the burrows it needs to enter and fill me, exist. My response is from inside those burrows, and is also (initially) alien to me. This music has the confidence of a universal, although my experience of it is intensely private. Through the existing diversity of inputs, formatted via mathematical notations already always around me, a complex combination of hearing and recognition occurs in the hands of those able to deliver out of the data swirling around us forming a linear accretion of experience.

Loris are a trio of musicians able to find this data and organise it into my almighty musical experience. Loris are:

The Cat from Cat Hill is:

recorded at the university of middlesex, 2009

Within the tunnels deep inside of me, the music Loris makes in The Cat from Cat Hill is a kind of Hegelian Aufheben. Thesis and antithesis interact via the sublation of traditional forms of music – yes, we know this is part of what this music achieves.  However, there is a further act of sublation occurring within the listener that is separate from the performance. Patrick Farmer, Sarah Hughes and Daniel Jones use well-worn paths in their access to me, but they reach an already prepared space.  In so doing, they negate the previous unaware existence of that part of me, and bring it alive. The music from Loris is not entirely unfamiliar to me and it was also previous completely unknown. This is not a tapping into a standard memory – it is a journey into a prepared space that was not previously occupied.

I make this claim because of the experiences of abolition, preservation and transcendence that occur simultaneously when I listen to the music. It is more than appreciation. It is recognition of the unfamiliar.  This comes from the absolute experience of these great artists who can work within a system and make statements about that system at the same time.

You can purchase The Cat From Cat Hill from Another Timbre.

Go to this great post on Squidco to read a great interview with Patrick Farmer made at the time of the release.

← Blue Eyes Black Hair – Marguerite Duras and the love of loss. Diamonds of the Night – Heartbreaking beauty by Jan Němec in his first film. →