Home » Music Reviews » Wire’s 100 Records that set the world on fire while no one was listening.51-55

Wire’s 100 Records that set the world on fire while no one was listening.51-55

Posted by lisathatcher on March 27, 2012 in Music Reviews | 2 Comments 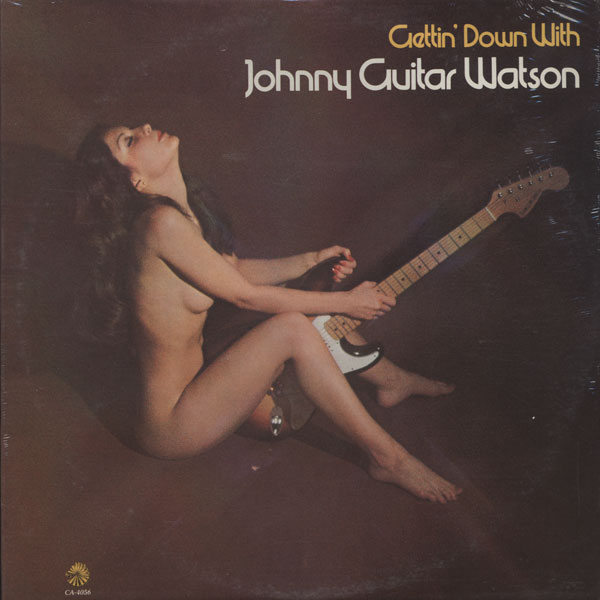 I chose the above album cover (HOW cool is Johnny Watson?) to give you a very subtle impression of what today’s collection of music does to me. Yes – even the Glen Glould solitude trilogies. The artists on today’s list of five all play with sound in a unique way, and all are the very best at what they do. I have to say – little moves me, little ‘ripens’ me – like successfully pushing the barriers of sound. I guess I’m a groupie for sound artists – a safe sane and consensual one that is. With musicians like the five today to hold my hand as we leave the 1960’s behind us, I’m not afraid – I’m, liberated; I’m not heartbroken – I’m awake to the new. All this music was chilling us out in the 1970’s (Goulds documentaries were made then, even if the album was released later) all of it was introducing us to a new slice of sound that promised us those Stones weren’t rollin’ no more. 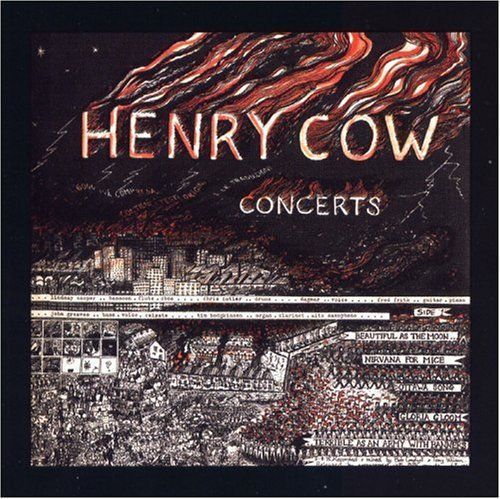 I reviewed Henry Cow’s In Praise Of Learning on this blog just a few days ago, and here they are on The Wire list – of course. It’s been more than 20 years since this band closed shop, but they still inspire ‘bands on the edge’ all over the world. The album includes Henry Cow’s last John Peel Session, recorded in September 1975 and extracts from a concert with Robert Wyatt at the New London Theatre in May 1975. “Groningen” (recorded in September 1974) is part of an instrumental suite where the band improvised around fragments of an early version of Tim Hodgkinson’s “Living in the Heart of the Beast” from In Praise of Learning (1975). Another performance of this suite (in full) later appeared in “Halsteren” on Volume 2: 1974-5 of The 40th Anniversary Henry Cow Box Set (2009). (I got this info from FRGK blog spot) I said a lot of it in the previous post about this band, but the very very free jazz style that is almost frightening and the haunting singing of Dagmar Krause make this an intense mind fuck.  I like all my Henry Cow albums – but this one is very special. 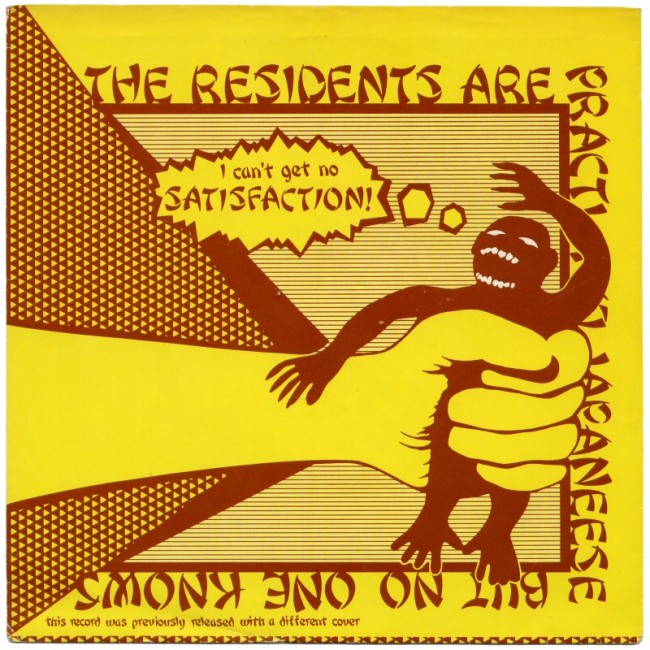 As The Wire say, if any album was there to tell us the 60’s were over it is this one. This has got to be one of the best ‘non’ tribute covers ever. This is a very rare album – actually its a single. I’d best call it that. The B side isn’t quite like the A side (which you can hear above), its more like The Residents usual style with some very funky electronic to satisfy little listeners like me. But the heart and soul of the greatness is in the cover of Satisfaction. The Lyrics are changed  – not that you’d know – and the entire song is a pay out. But really – the song was begging for it anyway! Maybe there are bigger things to worry about than Mick Jaggers phallic drive: like total mental breakdown, a condition they proceed to delineate with unbearably off-key guitars and a vocal that sounds like the most haunted, driven, raging man alive. This is some nasty shit – but don’t you love it? 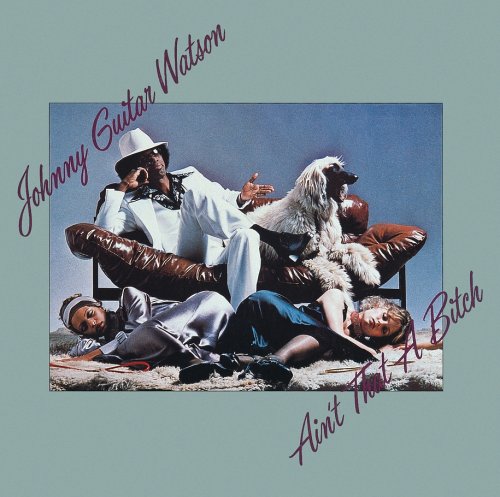 Ain’t That a Bitch

One of the things I ADORE about this list is the funk. The best in the world is on this list, and this album is its crowning glory.  Johnny Watson, with his ass-to-ass ladies at his feet has the kind of sex appeal Lenny Kravitz dreams of.  Here’s what The Wire had to say about this (super super super) album:

Introduced to a state of the art studio (Paramount) and engineer (Kerry McNabb) by Frank Zappa, the Gangster of Love, Johnny ‘Guitar’ Watson, cut the best-sounding funk album of all time in 1976. Futuristic lyrics (“Superman Lover”) complemented Watson’s unerring ear for note placement. He alchemized the styles he had dallied with in the last two decades rockin’ R&B, sepia Sinatra balladry, slick soulman confessional and a new superfrosted funk. Bassist Steve Neil, sacked because he asked for too much money, was replaced by bass overdubs. Watson also supplied keyboards, guitar and vocals – each one replete with his unique ‘attitude’. Drummer Emry Thomas and a horn section that included England’s own free jazz hero Paul Dunmall completed a killer sound; as steely and urgently urban as Edgard Varese, as slinky as Nat King Cole, as sharp and sassy as no one else in recorded history.

Dancing in Your Head

Mmmmmmm….. dip me in honey and feed me to Ornette Coleman – I say with shameless disrespect. The man is a freak of the free, and this album has been cited as a sublime example of “A militant flowering of Black American Identity.” (Wire). Ornette’s “Dancing In Your Head” starts with a piercing, melodic chant that sounds like a schoolyard taunt. The independence of the instruments and the disassociated chords of the electric guitar are strongly reminiscent of Captain Beefheart’s work of around that time (1975).  Prime Time’s cluttered grooves support Ornette’s solo (Prime Time being Charles Ellerbee and Bern Nix (guitars), Jamaaladeen Tacuma (bass) and Ronald Shannon Jackson (drums)). Coleman calls the musical theory underpinning the music “harmolodics”. The last two cuts on “Dancing In Your Head” are from tapes that Coleman made with the Master Musicians of Jajouka (Jajouka is a village in Northwestern Morocco). Their instruments–the ghaita is a thin sounding reed instrument, the tebel a double-headed drum–sound like they blend well with Coleman.
Recorded in Jajouka, Morocco in January 1973 and at Barclay Studios, Paris, France on December 28, 1975.

Glenn Gould is witty and completely compelling in this series of documentaries that represent his own withdrawal from the world.  The Solitude Trilogy is a collection of three hour-long radio documentaries produced for the Canadian Broadcasting Corporation and a film collaboration between the CBC and PBS. Gould produced the documentaries as individual works between 1967 and 1977, then collected them under the title Solitude Trilogy, reflecting the theme of “withdrawal from the world” that unites the pieces. “[They are] as close to an autobiographical statement as [I intend] to get in radio,” Gould wrote. The three pieces employ Gould’s idiosyncratic technique of simultaneously playing the voices of two or more people, each of whom speaks a monologue to an unheard interviewer. Gould called this method “contrapuntal” radio. (The term contrapuntal normally applies to music in which independent melody lines play simultaneously; this type of music, exemplified by J. S. Bach, was the major part of Gould’s repertoire.)

Here is what The Wire had to say about this remarkable album:

Glenn Gould’s decision to abandon live concert performances for good was three years behind him when he accepted an invitation to make an audio documentary for Canadian national radio. Gould accepted with alacrity and subsequently devoted hundreds of hours of research, travel, editing and mixing to the project, which he called The Idea Of North. Like its two successors (The Latecomers and The Quiet In The Land), The Idea Of North edits a collection of monologues into a complex, shifting meditation on solitude and isolation. Voices advance and recede, questioning, theorizing, wondering, describing; the whole could be described as an oral tone poem, with Gould counterpointing the rhythms of words and emotions with the rattle of a northbound train, the seas off the coast of Newfoundland, and carefully selected snatches of music. The various thoughts, textures and visions fuse into a moving whole – and the climax of Sibelius’s Fifth Symphony which closes The Idea Of North is breathtaking. These documentaries mirrored Gould’s increasing withdrawal from the world and were clearly born out of his own intense preoccupations. As one of the voices in The Latecomers says, “People are ecstatic about getting into the mainstream. I think it’s a little bit stupid since the mainstream is pretty muddy…”