American Weekend : Waxahatchee – the dark night of the soul in song.

Posted by lisathatcher on March 24, 2012 in Music Reviews | Leave a comment 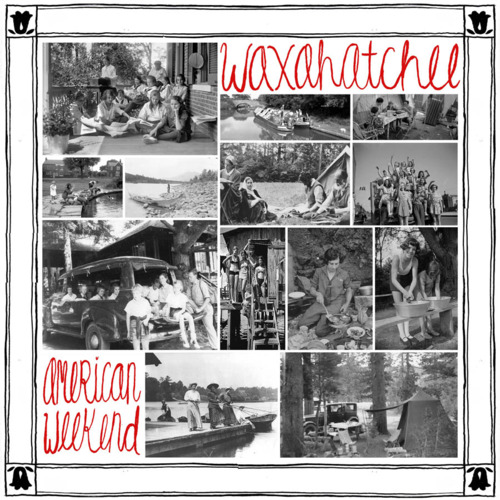 There is something awkward about women singing tales of failed love. When a man does it we immediately imagine him swamped by strings of adoring female groupies now, because his album is a huge hit. We giggle behind our hand at that stupid woman who let him go – just before he hit the big time.  I mean lets face it, most men are punching above their weight in relationships anyway, right?  Hell get another girl.

However, these scenes don’t present themselves when a woman sings of lost and failed loves.  For me this makes the female admittance much more subversive. The silent conversation is one of female desperation – a topic we’re all uncomfortable with. A female singer with a slight screech in her voice is not one we are sure will ‘find her way’ to the next bloke. And look at all the trouble Alanis had with THAT album.

That, for me is the strength of the album American Weekend by Waxahatchee.

Waxahatchee is a remnant of the late punk rock band P.S. Eliot. When the latter disbanded last month after a four-year run, the lead singer Katie Crutchfield went off on her own, and began performing under the name Waxahatchee. Her first album, “American Weekend”, is released through Don Giovanni Records on January 11. Fans of P.S. Eliot have found that Waxahatchee has taken a departure from her previous band’s genre of punk rock with this new album. Or has she? For me it makes sense that naked honesty with this sort of vulnerability from a woman seems to have its roots in punk.

Musically this is a  simple album. Every songs a “four chorder” and all the playing styles are simplified. However, it’s the lyric and the voice that carry the punch here. Katie Crutchfield informs us on the lyric sheet, these songs were recorded “as a result of a snowstorm, a visceral stupor and a personal breakthrough.” She goes on to dedicate the record to anyone who “realized their identity was blurry.” This music sounds like it was inspired by snowfall and isolation — stark, confessional and personal (“I want you so bad it’s devouring me and I think I love you but you’ll never find out” is an example of the album’s lyrics). Listening to “American Weekend” is almost like an exercise in voyeurism, although not nearly as creepy.

We are, literally, a peeping tom into her soul here, and I like her courage with that. She’s happy to stand in that place that makes us feel awkward.  The listening experience is complicated, unlike the music. Sometimes I can’t make the lyric out at all, her ghostly voice comes across as almost like cutsey-pie folk sweetness reminiscent of early Nelly Furtado in songs like ‘Catfish’ and then seeps into the deadly drone of depression for songs like ‘American Weekend’, taking the listening experience by surprise with the depth. She’ll ramp up her guitar strums – very alone-in-your-bedroom-in-the-shared-house type stuff. The lovely-to-listen to ‘Be good’ (I think this was the albums release – maybe just the one I heard on the Dusted review) ss just a gorgeous song.  Rather than thin the songs come across as lean. We are in the hands of a competent musician, and this is never lost.

This is a desperate ‘dark night of the soul’ of an album – the perfect time to add music to life. I for one am glad she took the time to get it out of her in this way. The end product is worth it, and carries with it the promise of an exciting career.

← Henry Cow – In Praise of Learning: Art is not a mirror, it’s a hammer. Karen Cooper Complex – ShinJukub Boardwalk →