Home » Music Reviews » The Chap: We are nobody

The Chap: We are nobody

Posted by lisathatcher on March 14, 2012 in Music Reviews | 6 Comments 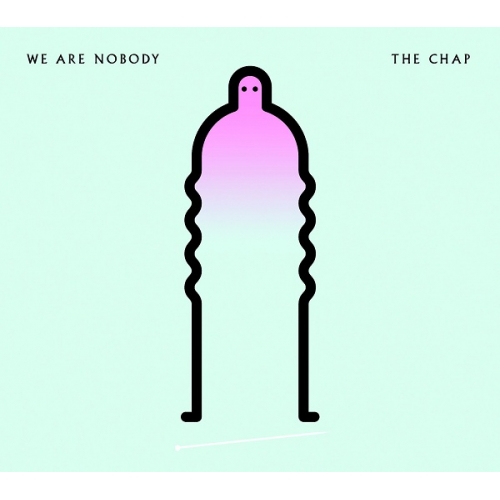 The Chap are an experimental pop band from North London. Their music is a mix of rock and pop.

In early 2006 they toured Europe to support their second album Ham which gained much critical acclaim including an album of the month in The Wire. On 19 April 2008 (26 April in the UK) they released a third album, Mega Breakfast . During 2008 and 2009, the band completed several UK and mainland European tours as well as their first US tour.  In May 2010 they released Well Done Europe, which received a rating of 7.7 from Pitchfork Media, which kinda put them on the mainline indie radar.

Their line up is as follows:

I wasn’t particularly interested in the earlier albums. It takes a fair bit for an Indie / Pop band to hit my radar these days – even an ironic one. With great album titles like “Ham” and “we are the best” they always brought a smile to the face however.  Now, with their followup to the latter, “We Are Nobody” is an album full of wit and fun that is one I actually decided I wanted to own.

The best write-up (including why this album appealed to me so much) came from Rachel Smith in Dusted:

With fewer distractions, it’s easier to appreciate how much the Chap have going for them beyond sardonic wit. When they’re not just trying to be clever, they’re genuinely smart, sophisticated songwriters with a surprisingly dark outlook. “Rhythm King,” “Talk Back” and “Painkiller” throb with melancholic paranoid-android funk, suggesting the pleasures of The Chap’s un-pop mirror world can be just as seductive as this one.

But without the buoyancy of silliness, We Are Nobody tends to sink in to a chilly postmodern malaise. “Talk Back” unfurls a hypnotic, circular chorus declaring,“Everyone, all the same, all the time…” The titular track follows in a similar vein with its identity-dissolving mantra, “I am you, you are we, we are nobody.” The characters of this world aren’t buffoonish art snobs and party animals. They’re lonely, anonymous and lost, and The Chap don’t claim to be above the fray.

It’s still not a ‘brilliant’ album – and by that I mean you get the feeling the band have yet to hit their peak – but that awkwardness that occurs occasionally has more the feel of a promise of things to come than a no-idea-never-gonna-get-there worry. In the past there has been the hilarious addition of a vocoder and other paraphernalia from the embarrassing annals of pop history. They’ve left a lot of that off here and so we have the pleasure of the irony, wit and good music. I also like the post modern feel.  There is a deconstructed breaking down here as a service with a smile delivery is combined with disenfranchised loneliness and existential water-under-oil unsetlle(ment). The band put their lyrics on their website prior to the release, and I have to say they’re worth reading. Here’s a little history…

I’m having a fin time with this album and am looking forward to more to come.

← FFF: The Look – Charlotte Rampling gives us a self portrait through others. Stroszek: Herzog and the ultimate road trip →