Posted by lisathatcher on March 5, 2012 in Music Reviews | 1 Comment 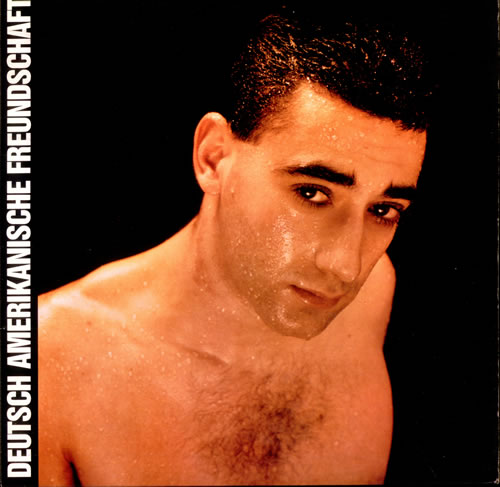 Alles ist gut is the third album by the electropunk/NDW band D.A.F. from Düsseldorf, Germany. It was released in 1981 and was the band’s first album on the British Virgin label.

The album Alles ist gut received the German “Schallplattenpreis” award by the “Deutsche Phono-Akademie”, an association of the German recording industry.

Der Räuber und der Prinz (“The robber and the prince”)

Alle gegen Alle (“Everyone against Everyone”)

Alles ist gut (“Everything is fine”)

This album is just dark, sexy and German. That’s the best way to describe what you can expect from this series of tracks. Stripped down to the core duo of Robert Görl and Gabi Delgado and with Conny Plank again behind the boards with crisp, focused production, with Alles Ist Gut (Everything Is Fine) DAF turned into an honest-to-goodness German hit machine, as detailed in the 1998 Mute reissue’s liner notes by Biba Kopf.  I’m going to be a little lazy here (apologies – its been a big day) and post the notes from the itunes review that can be read here.

Even more important and impressive was how they did it — keeping the electronic brutality that characterized them, but stripped down to nothing but Görl’s massive drumming, electronic bass and synth tones, and Delgado’s deep, commanding singing. The result was and remains massively influential — Nitzer Ebb, to mention one later industrial disciple, would be nothing without this album as a template, while the genre of electronic body music, or EBM, got its undisputed start with the doom-laden death disco here.

It isn’t all just because of machines and politics, either. Delgado’s lyrical fascination seems to be as much with sex as with power, thus the grunting sounds throughout “Mein Herz Macht Bum” (My Heart Goes Boom), to pick one point. Add to that the striking, simple cover design — Delgado on the front, Görl on the back, stripped to the skin and covered in sweat — and maybe Wax Trax never needed to exist in the first place. “Der Mussolini,” DAF’s breakthrough hit, still sounds fantastic years later. A perfect case could be made for it as the ultimate industrial music song, with Delgado’s at once insistent and sensual singing, lyrics referencing not just Mussolini but any number of fascist figures (as titles of dance crazes, no less!), and Görl’s astonishing percussion crunch and bassline. DAF wisely vary things at points, thus the slow, deliberate pulse of “Rote Lippen” or the twinkly keyboard line throughout “Der Räuber und der Prinz.” With songs like “Als Wär’s das Letzte Mal” and “Alle Gegen Alle” leading the way, though, DAF mainly concentrate on head-on assaults to brilliant effect. (apologies for the ads below)

← Music That Accentuates Life The Breadwinner – Graham Lambkin and Jason Lescalleet make art out of the everyday. →