Volver – Pedro Almodovar blurrs the boundaries between life and death.

Posted by lisathatcher on February 10, 2012 in Film Reviews | 3 Comments

If Volver is anything, it is a triumphant celebration of life and the breathy, heaving joys in humanity. Volver (from the Spanish “to come back”) is a 2006 Spanish thriller style film writtern and directed by  Pedro Almodóvar. Headed by actress Penélope Cruz, the film features an ensemble cast starring Carmen Maura, Lola Dueñas, Blanca Portillo,Yohana Cobo, and Chus Lampreave. Revolving around an eccentric family of women from a wind-swept region south of Madrid, Cruz plays Raimunda, a working-class woman forced to go to great lengths to protect her 14-year-old daughter Paula. To top off the family crisis, her mother Irene comes back from the dead to tie up loose ends.

The plot originates from Almodovars earlier film The Flower of My Secret (1995), where it features as a novel which is rejected for publication but is stolen to form the screenplay of a film named The Freezer. Drawing inspiration from the Italian neorealism of the late 1940s to early 1950s and the work of pioneering directors such as Federico Fellini, Luchino Visconti, and Pier Paolo Pasolini, Volver addresses themes like sexual abuse, loneliness and death, mixing the genres of farce, tragedy, melodrama, and magic realism. Set in the La Mancha region, Almodovar’s place of birth, the filmmaker cited his upbringing as a major influence on many aspects of the plot and the characters. Despite the darkenss of the plot themes, this ia joyous film, where heart, colour, warmth and beauty are the primary messages behind the dark realities of daily life.

Stylistically Volver is a gripping melodrama inspired by the trach TV that throbs behind each of the characters lives.  Penélope Cruz is Raimunda, a hard-working woman with a teenage daughter, Paula (Yohana Cobo), and a useless, good-for-nothing husband. With her sister Sole (Lola Dueñas) she tends to the graves of her parents, and visits her ailing Aunt Paula (Chus Lampreave), who is heartrendingly in the final stages of dementia. Raimunda’s family life shatters with one terrible act of violence, and there is a secret about her late mother Irene (Carmen Maura) that surfaces when Irene returns from beyond the grave to make contact with her astonished daughters.

So Volver reveals itself to be a ghost story. Or maybe its not. In a wonderful piece of cinematic neo-realisam.  The films secrets will all be revelaed along with the happy ending on;ly celuloid can deliver, and the confidence of a master film maker having the time of his life. There is a pulsing intensity to the cinematography and art direction  by José Luis Alcaine and Salvador Parra. Almodovar has that delicious campy empathy with women, but unlike ‘typical’ gay sensibilities, he viritally removes men from the film all together. Part of the films brilliance is that we never forget this is a gay males perspective, but it celebrates rather than  fall into gay-kitch.

This wonderful overhead shot of Raimunda washing up a bloodstained knife in the kitchen sink. On the left of the screen, we see the implement of violence in the plastic bowl above the soiled plates, and on the right there is the glistening crown of Raimunda’s glorious raven hair and her magnificent cleavage and in which nestles an enamel miniature of the crucified Christ. The image goes beyond camp, and certainly beyond desire, into a feminised world in which work, survival and family love are paramount. A neighbour asks about the bloodstain on her neck, and quick-thinking Raimunda says it is merely “women’s trouble”: a laugh line that relieves the tension, but is also nothing more nor less than the truth.

Sexuality is a primary theme – but explored in more interesting ways.  Men are marginalized. The sexiness of Penelope Cruz (and she is divinely sexy in this film) is overt.  Not just the beauty o her body, but her vibrancy, her “aliveness”, her femininity are throbbing with a sexual joy. however, she moves through the film without the male gaze to give her appeal “legitimacy”. There are no wolf whistles, no “appreciative” stares, no clumsey heavy-handed ‘male’ commentary. She exists as she does outside of that particualr male gaze, putting to rest the ‘theory’ (FINALLY) that women ‘dress like that’ and ‘move like that’ in order to attract men. There are a couple of men in the picture who are in love with Raimunda, but they are tentative and almost reticent in their adoration.

Her important relationship is the one with her daughter – the person for whom she has made the most sacrifices as we learn through the film. She is intensely close to her sister, her mother, and the many women-friends, relatives and neighbours that surround her as she works her way through her life. The most incredible relationship is the one between Cruz and Almodovar. She won an oscar nomination for her efforts in this film, and she has never been so luminous. Aolmodovar knows exactly how to call her forth and she shines with beauty, vivacity and fecundity. It’s a mature role and she fills it perfectly under the gaze of her adoring director.

Because the sexuality is so fertile and separate from the male gaze we are deeply affected by the passion of this tragicomedy. When Raimunda says to her miraculously returned mother: “I don’t know how I have lived all these years without you …” it is absurd, and comic, but also intensely poignant. This film as all the other worldliness of an Almodovar film (strangely we are never convinced this is anyone’s ‘real’ life) but includes a depth of connection with the characters that we feel as they express it to each other.

No other director has as much swoon factor as Pedro Almodóvar: the texture of his movie-making is quite unique. Volver could have gone on for another hour or two: there seemed so much more to say. What a triumph for this great European director who just seems to get better and better. I love the idea of getting to the end of a film and having the feeling you want more and more of what you saw. This is his talent, alothough I have to confess I felt it more from Volver than I have from any of his other films (even though I usually like them a lot).

It’s lovely to enjoy a modern film this much. I get so much rich pleasure from older films, that contemporary cinema is more often a disappointment than a pleasure. The rich complexity of this film rescues me from that disappointment. This is genuinely an excellent film. 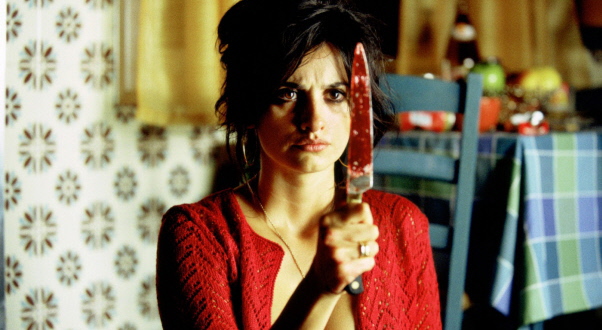 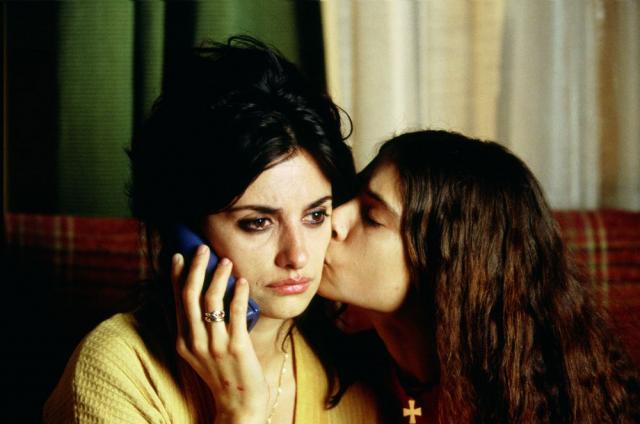 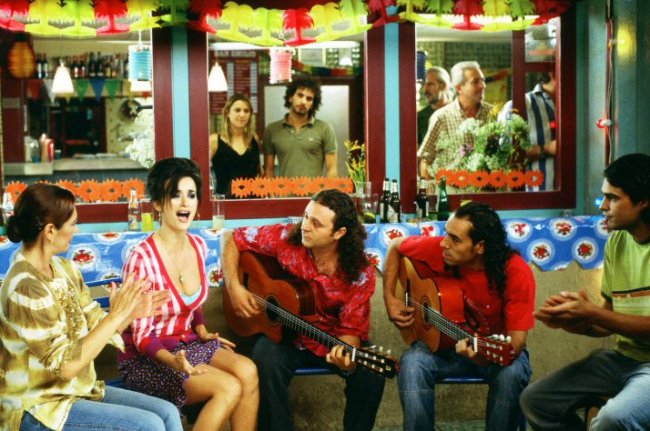