Michael Pisaro: stages of musical development – in touch with the divine listening experience.

Posted by lisathatcher on January 26, 2012 in Music Reviews | Leave a comment

Michael Pisaro – Harmony Series No.1 from johnny chang on Vimeo.

The above is a beautiful performance of Harmony series #1 as composed by Michael Pisaro.

Michael Pisaro (born 1961 in Buffalo, New York) is a guitarist and composer. A member of the Wandelweiser Composers Ensemble, he has composed over 80 works for a great variety of instrumental combinations, including several pieces for variable instrumentation. A particularly large category of his works are solo works, notably a series of 36 pieces (grouped into 6 longer works) for the three-year, 156-concert series organized by Carlo Inderhees at the Zionskirche in Berlin-Mitte from 1997-1999. Another solo piece, pi (1-2594), was performed in installments by the composer on 15 selected days in February 1999, in Evanston, Illinois, and in Düsseldorf in 2000-2001.

His work is frequently performed in the U.S. and in Europe, in music festivals and in many smaller venues. It has been selected twice by the ISCM jury for performance at World Music Days festivals (Copenhagen,1996; Manchester, 1998) and has also been part of festivals in Hong Kong (ICMC, 1998), Vienna (Wien Modern,1997), Aspen (1991) and Chicago (New Music Chicago, 1990, 1991). He has had extended composer residencies in Germany (Künstlerhof Schreyahn), Switzerland (Forumclaque/Baden), Israel (Miskenot Sha’ananmim), Greece (EarTalk) and in the U.S. (Birch Creek Music Festival/Wisconsin). Concert length portraits of his music have been given in Munich, Jerusalem, Los Angeles, Vienna, Brussels, Curitiba (Brazil), Berlin, Chicago, Düsseldorf, Zürich, Cologne, Aarau and elsewhere.

Most of his music of the last several years is published by Edition Wandelweiser (Germany). Two CDs of his work have been released by Edition Wandelweiser Records. He has performed many of his own works and those of close associates Antoine Beuger, Kunsu Shim, Jürg Frey and Manfred Werder, as well as works from the experimental tradition, especially John Cage, Christian Wolff, Robert Ashley and George Brecht.

I will be listening to and reviewing many of Michael’s experimental works over the next few months, so I thought it best to offer a bit of an introduction here. The above is a simple bio chopped and pasted from the wiki and other places. The invigorating thing about him is not, of course, his personal history, it is what he brings to the conversation about sound and the artistic pursuits of our own relationship to sound. For Michael, there are three important stages in the human relationship to sound:

Stage 1: To change the relationship to the listening experience of the hearer. Here Michael primarily cites John Cage whose work taught us that we can alter our own listening experience. In other words the listener has a choice and they can exercise that choice to change who and what they are as a listener. This is important because modern composers will play with this notion that the listener has choice. Adapting to this change is crucial in the journey to becoming an informed listener.

Stage 2: To identify with the work in the soundscapes. Schaffer is the artist mentioned in conjunction with this important discovery. Schaffer felt that sound signals were alarming and that because of our environment, we had switched off our critical response to the sound. In other words, an environment filled with sound contributes to our experience of a specific sound. Shaffer defined the environments as ‘hi-fi’ and ‘low-fi’, the hi-fi being sounds that have an interactive quality, that are changing and moving in response to who is making the sound. (more like a portrait) Low-fi sounds are only made by machines and are a constant that will change your relationship to the hi-fi sounds around. A good example of this is traffic impacting on birdsong or breeze.

Stage 3: Finally, the soundscape as a work of art. Luc Ferrari was the first composer to do this . Part of this is to recognise that technology has transformed our relationship to sound in that we can now record people and take their sound portrait, but we can also repeat sounds and reproduce them in an altered state. 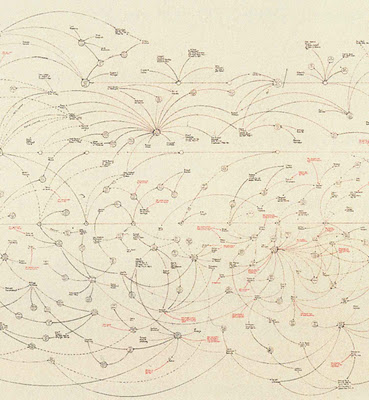 “Only [harmony series no. 17]” arose, as part of the whole collection of harmony series pieces, as something of a special case. Each of the other pieces in the series tries to understand harmony as the sum of potential relationships between (human) performers. Consequently in these works, the actual harmonic relations are not prescribed, just the structure for these relationships. “Only” attempts to reframe this question in a different context. Here one is asked, under the aegis of a poem by Kenneth Rexroth, to listen to an environment for a long time, occasionally responding (by making a long tone). In performing the piece, I encounter the following questions: “What, in the sum of things occurring now, do I hear, and how do these things harmonize themselves? How can I express my relation to this harmony as a tone? What effect does this have on my continued listening? How will I spend my time? Do I experience the void or just imagine it?”

← Rustie : Glass Swords reaches the dabblers and the hardcore Hugo: Scorsese can do family flicks! Who knew? →