Posted by lisathatcher on January 9, 2012 in Music Reviews | 2 Comments 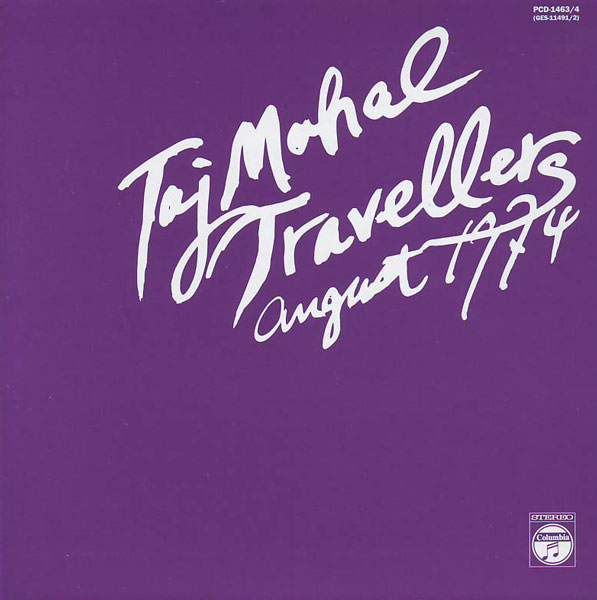 Takehisa Kosugi was Born in Tokyo in 1938, and graduated in 1962 at the Tokyo University of Arts.  Kosugi founded the Japanese equivalent of the Fluxus movement, called “Group Ongaku”, a group devoted to improvisation and multi-media performances.

In 1969 he formed the Taj Mahal Travelers,  a psychedelic-rock group that played lengthy improvised jams that can be summarized in three principles: a Far-eastern approach to music as a living organism, an intense electronic processing of instruments and voices, a semi-mathematical overlapping of frequencies. Basically: LaMonte Young on acid.Kosugi played mainly the violin.

This group toured between 1971 and 1972 travelling all over Europe, and beyond, to India, ending up at the Taj Mahal for ‘real’. From this experience they formed two albums:

It’s August 1974 that I’m highlighting here. there are four tracks and they represent the Taj Mahal travellers at their most sophisticated. Each of the four tracks is about 20 mins long (above you see track 3 sampled). 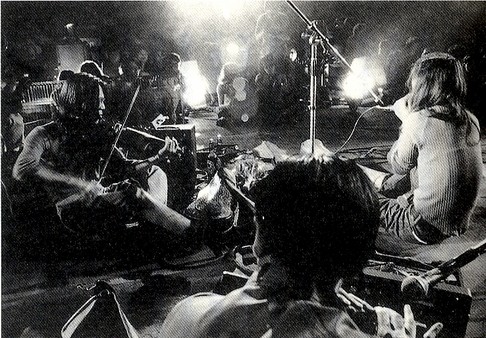 The first track is a series of eerie wailing’s that slide inside snake-like with whistles and little electronic slides. There’s a darkness afoot here, xylophone-catching your breath in a suspense ridden space race. This is the slide and you’ll feel it in your genitals. Immersed in this music the heart starts racing, somewhere in here fear resides and its calling to the fear inside of you. But your hard and wet, and that’s just what fear does sometimes. It’s a leg spreading, back-arching come hither movement. Music like this drives my lust. It takes aches from where they shouldn’t be and places them where they’ll be most useful.  When the bells descend, and the scales tickle up your spine your wet, panting and ready.

Track two moves us closer into the black depths of the first track, but soon moves us into the discordant wild ride echoing Sun Ra. This jam is a cacophonous gathering of timbres and gamelan-like tinkling, over which Tibetan chanting and droning intone a demented psalm. Halfway into the piece, the band seems to lose interest in playing, so the rest of the track is a rarified wind of tenuous sounds. We’re abandoned to drum beats your heart wants to follow, and that xylophones back, spine-tapping us through a kind of ambient soul reach. 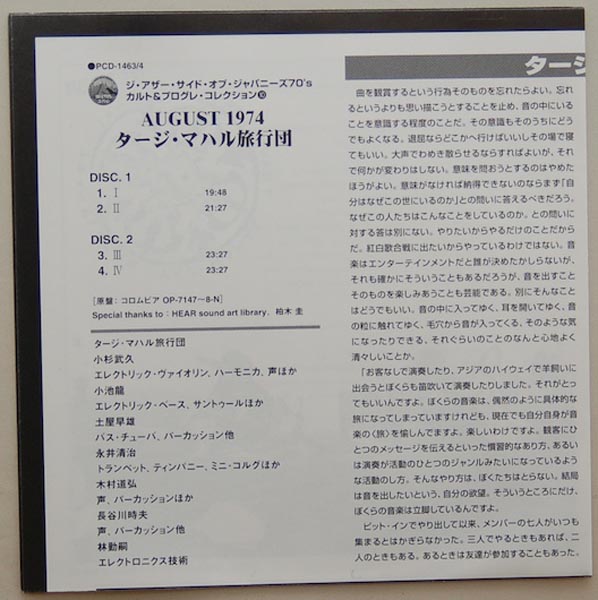 Track three takes us further down this journey into the unknown and probably sounds more trad Jap than the previous tracks. There are odd percussive patterns here and random dissonance. The chaos increases, and so does my heart beat. Voices come in again, moving away from that trad sound to the space shooting experimental hype I’d been seduced by in the first and second tracks. There’s a static thrust here pulsing inside me, pushing in and out with my hearts rapid pulse. This track is more of a dance than the others. There is some sort of reason trying to break through the madness. True to the spirit of this great band, it’s always kept at bay.

By the time I’m in track four I’m ready for anything. They’re still filling me with those eerie noises and the atmosphere is dreamy and austere. I’m in a floating zen garden, while the world floats up through my spread legs and out my hungry mouth. There is a wavering harp like melody that calls me out of erotic fervor and stills my body, calming me, sending peace where there was bloods rush. Then the percussion break the spell, introducing the usual element of indeterminacy and heresy, and the trip ends, one more time, in the resonating depths of distant galaxies.

No mystery that this music ‘does it’ for me. try it. Collect yourself your lover, make a dark room, and let the music take you where it needs to. Maybe you don’t even need your lover after all.