Closely Watched Trains: The Czech New Wave consistently ahead of its time.

Posted by lisathatcher on January 5, 2012 in Film Reviews | 5 Comments 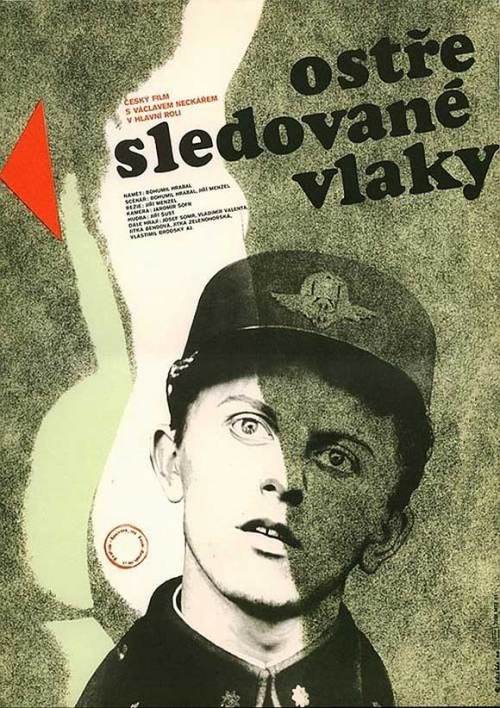 Last night I watched the most glorious film. How can there be this much beauty in the world?

Closely Watched Trains is a film I had been looking forward to watching for a long time and finally received in the post this week. The film did not let me down. Listed as one of the standouts of the Czech New Wave, this beautiful 1966 film is about Czech rebellion against the Nazis at the end of WW2 and a near-perfect dissection of how male sexual solipsism and the world at large interact. It combines a perfect balance of rural lethargy, comic knowingness and surreal hints in its delivery of the moment of shock between the confrontation of dreams and real-world obligation. Subtle, beautiful, with stunning performances, the very young Jiri Menzel was only 28 when he made the film. It won many prestigious awards and is listed as one of the greatest films of all time on any noteworthy list.

This is the story of an unambitious reluctant youth (there is a very funny montage at the start of the film that dwells on his proud family history of males who have conspired to do nothing in their life and succeeded) who takes up the unpaid post as apprentice railway platform guard and prefers the inertia of the small town stagnation. Miloš Hrma (brilliantly portrayed by Václav Neckář) is preoccupied with losing his virginity. He lives in awe of the train dispatcher Hubička who is  (in his eyes) enormously successful with women. The married stationmaster who is an enthusiastic pigeon breeder is envious of the young men having sex around him. Miloš holds a platonic love for young conductor Máša. 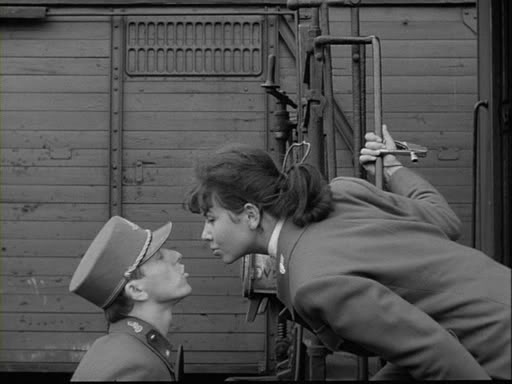 Miloš and  Máša finally get some time alone together, but it is spoilt when Miloš discovers he suffers from premature ejaculations. Horrified, and thinking this casts doubt on his masculinity, he attempts suicide in a brothel, only to be informed by a kindly Doctor (played by Menzel himself) it is natural and he only needs the guidance of an experienced older woman and he will be able to deal with his problem before he next sees his girlfriend.

Meanwhile resistance on the German front is growing. The idyll of the railway station is disturbed by the arrival of the councillor, Zednicek, a Nazi supporter, who laments repeatedly that these young men are working in the stillness of the small town while the finest blood is being spilt on the front. This instills a sense of guilt in the men which results in apathy and eventually a small amount of rebellion (mostly sexual) that eventually leads to a larger act. They decide to blow up a Nazi train. This scenario is planned, and eventually carried out under the nose of Zednicek. A female artist delivers the bomb to the men just before the planned attack, and it is she who ‘helps’ Miloš with his problem. The next morning, Miloš feels on top of the world and claims dramatically that he has cut his past from him in one movement. This (of course) can never be, and it is Miloš who plants the bomb successfully, but still with terrible consequences.

Jirí Menzel’s debut film was based on a freshly published novel by his countryman Bohumil Hrabal, who also collaborated on the script adaptation. The film came at a heady time when the Czech New Wave was attracting much attention, not least at international festivals. It was an exciting time for Czech cinema with Milos Forman’s The Fireeman’s Ball also hitting the large screens around the world. But headier still was the progressive liberalization in most areas of culture, and indeed in Czech public life in this period. This all changed with the suppression of the Prague Spring in 1968 (events reworked in Margarethe von Trotta’s The Promise [1994]).

Chillingly we soon discover the Closely Watched trains are the German trains given priority passage through occupied Czechoslovakia. the men at the station want to keep the war, and the outside world at a distance, and for a while they are successful. For a while they can, and a preoccupation with sex is used as the tool to avoid what is happening in the real world. Finally the meaning of closely watched trains is in turn subverted: the last train is indeed closely guarded, leading to the death of the central figure, but not before his own close surveillance is rewarded. Given his own family background, the heroism behind his act grows from what seems an unlikely base (right down to his grandfather who tried to stave off the German advance by hypnotizing a tank, which promptly flattened him). We see only lovable but bumbling Czech provincials in the film, who seem to have worked out a private arrangement of holding the War at a comfortable distance; old-world, charming people who are ultimately rather self-indulgent. But all this proves illusory, and we’re left with an unexpected act of heroism, which largely occurs off-screen. There is no Hollywood foregrounding of the individual here; instead the after-effects of the explosions resonate across the screen and through our own historical consciousness – this is what it took to disable the closely watched trains and the whole system that relied on them running on time.

In this film Czech sexual liberation is posited against Nazi oppression. The former finally triumphs, though with ‘le petit mort’ having been literally, lastingly realized. Apparently the original novel (written by Bohumil Hrabal who also collaborated on the screenplay) was far more ‘anti-german. The film is understated, while still keeping the messages clear. Despite the fact that death is always close by in the film, we are convinced the protagonists are able to keep the war and death at bay. Still, even with the little intrigues and petty destinies of the bulk of the film, Milos’ death is a shock, revisiting an earlier sense of a lifestyle bumbling on indefinitely without major irruptions or dramatic turning points.

Senses of Cinema blog had this to add:

The strongest satire is directed not at the Germans, but at the absurdity of Nazism’s local adherents, as when their main local representative explains German military maneuvers at a time when the real War is unwinnable. Earlier in the film this same figure arrives in a rail car and is forced to make his own strategic retreat along the single track, all this to chords from Liszt’s Les Préludes, the signature tune used to accompany German radio news of victories on the Eastern front. The equation of sex and politics is cemented when this same tune mock-heroically accompanies Milos’ victory over his premature ejaculation. Altogether the film is an ideal example of the interplay between history at a personal level with the larger historical framework: Milos’ sexual breakthrough riskily parallels his political maturity, and mirrors that of his nation, it would seem. It is certainly difficult for us not to read the film’s subtext as referring to the Soviet occupation of Czechoslovakia in the filmmaker’s ‘present,’ not just that of the Nazis in the film’s actual setting near the end of WWII. After Milos’ suicide attempt the camera picks out a poster, no doubt mounted by the local quislings, which defiantly proclaims the Soviets will never get Prague in their clutches. 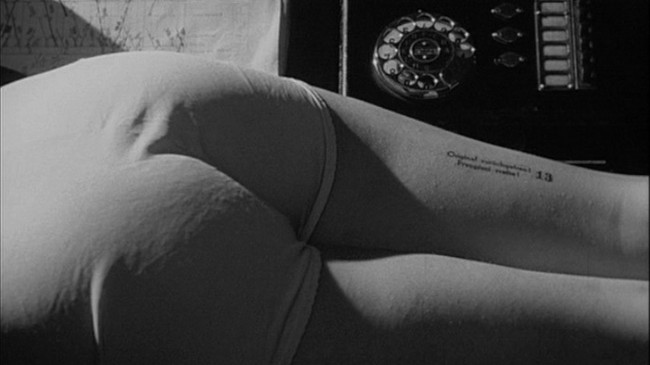 The low-key approach to the film never overplays the historical sweep that it embodies. The beautiful characters themselves turn the small petty daily struggles into the larger setting of the world stage. The small daily signalling, tinkering and routine of the railroad are sublimated and yet infuse every scene with a sense of warmth for the quiet locals and their small but effective rebellions. This film is a celebration of the Czech people (living under the very real threat of Soviet occupation at the time) and their understated beauty in their ability to retain the universal in the day-to-day.