Home » Film Reviews » The Skin I Live In: Almodavar at his most disturbing best.

The Skin I Live In: Almodavar at his most disturbing best.

Posted by lisathatcher on January 2, 2012 in Film Reviews | 2 Comments

I saw The Skin I Live In this week, and I have to say it was easily the best new release that I saw in 2011. I watched Volver a few days before it (review coming) and I loved that film as well. Almodovar just gets better and better.

The Skin I Live In doesn’t have the complex characterization of his earlier film. The message in this film is far more political and psychological in the universal. It’s not like me, but I am not going to give you a plot line, as there is a twist in this film that is one of the best I have ever seen on the big screen and I would hate to spoil it for you. 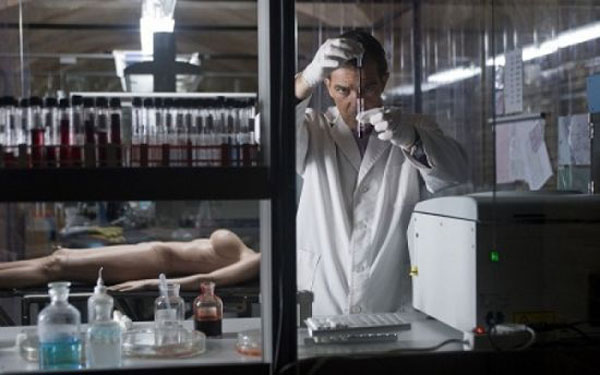 Standouts here are the acting by all the leads. Antonio Banderas is brilliant as the quietly obsessive sadistic plastic surgeon Dr Ledgard, creating a skin that is impervious to many of our current skins threats – mosquito bites (and their subsequent infections) burns and the like. He lives in a meticulous world, as beautiful as it is private. His home is a testament to his complicated relationship with his own occupation. He clearly loves what he does, but this is not just a plastic surgeon who cares about aesthetics. Here is a man who understands that how we look defines us. It is more than how we are perceived by the other. it is how we see ourselves. This is a man who understands that the image one presents to the world is the image we absorb into our psyche. 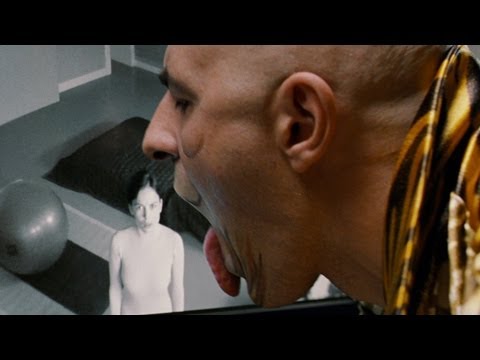 Alberto Igelsias gives us a haunting soundtrack to underscore a film that is one of the best pieces of cinema plotting I have ever seen. The music is very much after the avant guard style and draws from influences like the Hitchcock style shrieks of violins. The script is adopted by Almodavar from the book Tarantuala by Thierry Jonquet and adds a new element of eerie horror to his already brilliant mixed bag of tragi-comedy gender bending themes. This is a very dark film. It reminded me of Bad Education, especially with the repeated use of flashbacks. But this film is different even from that. The feel of the horror here is familiar and yet also creative and fresh.

Almodovar plays here with the notion of the double. One is different from the other, one may be good, one may be bad, either may be the original. Vera is the physical double of Dr Ledgard’s wife. There are two scientists, two brothers, tow daughters, two sons, two rape scenes, two intrusions that threaten Robert Ledgard’s private world, Two rooms, two perspectives. Ledgard watches Vera through an enormous flat screen television that makes her look like she is in a painting – a painting of herself. The first time we see her, she is laying on a red velvet covered bed naked, her perfect bottom highlighted by a soft light. She looks exactly like the many renaissance nudes the Doctor has scattered around the walls of his house. She is an image. An image of his former wife, and image of perfection, redemption, purity, cleansing. A ‘right’ in a world filled with so many ‘wrongs’.

And there are a lot of ‘wrongs’ here that need to be made right. Almodavar takes us through a morality maze here from a mother who treats two sons differently,  a young man who will never forget a crime committed under the influence of great foolishness, and a Doctor who can’t forget a lost wife and uses the extreme to take control of too much emotional mess. Antonio Bandares is so good as the chilling Doctor. Controlled, deadly, charming, and as always, very beautiful. The film will draw out his story to the very end till you feel shocked at the depth of problem in  his psycho-sexual pathology.

A criticism I have read is that the characters are a little flat, but I don’t agree with this at all. I agree there is an energy of the characters being moved around as if on a chess board, but that didn’t bother me given the complicated nature of the subject matter and the truly surreal bizarre world that these people inhabit.  Control is everywhere in this film – not just in the way the director ‘seems’ to be manipulating the actors.  Almodovar always likes to pay homage to great directors who have traveled before him. this time he salutes Georges Franju.  There are many nods to Eyes without a face here. Franju is considered to be one of the first auteurs. Almodovar follows in his footsteps in this adaptation.

I didn’t see every film this year. I expected a great deal from Lars Von trier, Gus Van Sant and Pedro Almodovar all of which had new (much hyped) releases this year. Almodovar is the only one that didn’t just live up to the hype, it surpassed it.

← Wire’s 100 Records that set the world on fire while no one was listening. 21 – 25 Las Hurdes: Luis Bunuel and the surrealist documentary →