Posted by lisathatcher on December 19, 2011 in Articles, Book Reviews | 4 Comments

“The poet of the 21st century will, like any animal, be subject only to the continuing process of adapting to his own biological environment, to create a poetry that must strive in its imagination to actually affect the planetary balance (…) The pen in the hand today need be no more than the needle of the seismograph, recording and tracing across the page the polysemic tremors of the modern mind.”

The mind is the facilitator of and the receptor of the biological environment that shapes us, the pen the seismograph that records the movements against which we evolve. At the start of the editorial essay in The Black Herald #2, Paul calls for a new style of linguistics – something he calls Neural and /or glossolalic. Word streams made up from all foreign languages – “A syntactically insinuated pesudo-grammar on which all spheres of the modern mind might, at the same time, interact.”

This is the new landscape, the response to the ‘smaller’ world we now live in. This is the ‘word-stream’ upon which the evolution of our minds will take place. Language is at the very heart of how we relate to ourselves and to others, and Paul calls for a “necessity to continually goad language into new verbal clashes with itself, to consciously work for a poetry that is what Holderlin hoped would be ‘as alive as possible, in which the very process of thinking and imagining are enacted.'”

Language forms the imprint of our neural pathways in the carbon of our makeup. It is the power that reminds us chance and chaos only appear to be in control. The poets calling is to reach the place when the words only bare a family resemblance to each other. To find in each word, its own throbbing core, linked to all cores. The seed of an evolution of the human mind.

In Poem , Jos Roy (via the translation by Blandine Longre) we are drawn back to the focus of our carbon based selves.  What is the wall made of, what are all our walls made of?  The carbon base matter that underlies all things, and the wall rises in tiers. We are taken on a short journey of the heart and nature of things, framed by the essence of word dissemination that takes us from the carbon base at the carcass of our cells to the stars above us. Walls and all around us rise up out of the knots at our base. The knots of our carbon base. We are alone and not alone. We are connected and not connected.

This begins the next journey through The Black Herald#2 that questions the nature of the self as an earth based being.

Dans les plis di corps by Khun San is only in the French – My school girl French couldn’t quite match it.  This is a pleasure I have awaiting me when I have completed all my French ‘homework’.

In It’s Forbidden to speak to the pilot, Michael Lee Rattigan offers us a translation of Cesar Vallejo’s Se prohibe hablar at pilioto, Vallejo’s manifesto originally published in Favorables-Paris-Poema (a short-lived magazine co-edited by Vallejo). While Vallejo has some complaints about the avant guards trend to shock at all cost, he does use some of these tactics in It’s forbidden to speak to the pilot.  Despite its obscurity and its attack on the establishment, the manifesto is a serious work because of its call to the poet to get back to his roots.

Creators of images, give the word back to man.

Creators of metaphors, don’t forget that distances are triple announced.

Contrivers of loveliness, see how water flows by itself, without need of sluices; water, that’s water which flows, but not to make us lovely.

Contrivers of limits, you can see from afar that you’ve never died in your life. 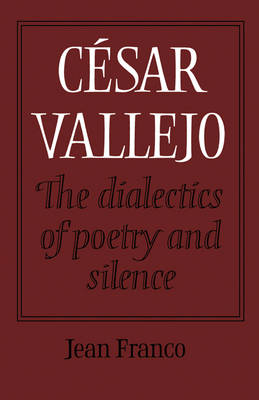 In his book  César Vallejo: The Dialectics of Poetry and Silence, Jean Franco suggests Vallejo uses words like ‘maker’ and ‘forger’ instead of ‘creator’ to demystify poetry, claiming it is produced as the workman produces things. Poetry is produced as a worker will produce, not as if called forth by a prophet or a seer.  Michael Lee Rattigan, in another time, translates Vallejo back to ‘creator’, at once elevating the poet to the role of Seer. But this is to give weight to an already potent call. While ‘maker’ removes the prophetic power of the poet, ‘creator’ exhorts the poet not to think to highly of themselves. While ‘maker’ implies a ‘normal’ act, ‘creator’ implies the greatness in the act cannot surpass the beauty of being accessable to the common man. The word meanings are given a chance to swell to another dimension in their carbon pulse. Just as Jos Roy told us the stars, beasts and leaf matter are all the same, Vellejo tells us art creation can never be elevated above those who read it.

‘Creation also implies a connection with our greater selves that the ‘creative workshops’ – surely the furthest extent one can take the concept of writing as a workman produces things – can’t begin to touch. You can’t teach ‘creation’. That exists only in your god-self. It can’t be solicited through classrooms as a student.

The final statement ‘Everything up to this point is a lie.’ is another connection with the trends of the time to mock the seriousness of poetry, but again Vallejo takes this further by adding:

‘I don’t want to refer, describe, turn about or remain. I want to seize birds in the second grade of their temperature and men in the double-width language of their names.’

Here Vallejo turns the disclaimer around by making yet another call to the enormity of the essence of poetry. He doesn’t need to remain or endure. This is the poets cry for the words and a claim to their carbon based essential connection to ourselves.

Seep goes on unnoticed, is a silent affair

Seep is the leech’s friend, dressed or bandaged.

Seep (the result of all carbon based things) will go on unnoticed by us and our poetry. It exists, churning, oozing, bubbling and pooling.  But, again like Jos Roy’s Poem informs us, it can be the binder of things. Ultimately Seep will claim us all united. But even beyond that, Andrew Fentam sees seep as an adhesive, a connection between each of us that calls us into all things. The chilling final lines, remind us of our own ultimate engagement with Seep:

Man still believes he can hear from the well

a ringing, tittering chant in chorus

that he and all he knows is porous.