Posted by lisathatcher on December 6, 2011 in Film Reviews | 6 Comments

Ok. I have a confession to make.

Everyone who reads this blog is no stranger to the fact that I adore film.  No – let’s do a take two on that – I adore good film. I’m not willing to say (as a very dear writer friend says to me regularly) that film has replaced certain aspects of literature (!) but I am willing to claim that fine cinema is art.

Couple this with a self-confessed propensity for sycophantism, and you have the ingredients for a rather peculiar problem that I have.

I tend to “see” a film better than it actually is when I want to. 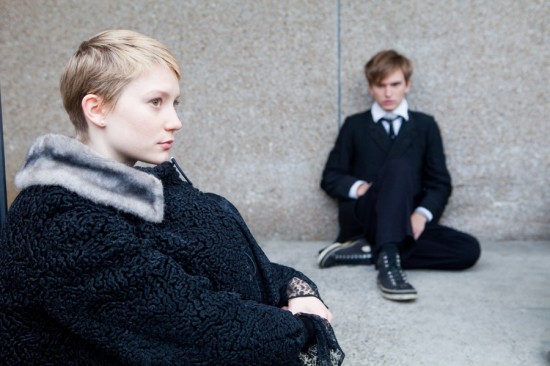 This really is a subconscious desire. My perfect example is Black Swan. I badly wanted that film to be good (it materialised before me at a time when I had ‘just’ discovered the French and Czech new Waves, and I was completely in love with fine cinema) so when I saw it the first time, I missed Aronofskys clumsy metaphor tumblings, I missed the laboured back scratching and I even missed the over-the-top material disintegration of white into black. All I ‘saw’ was the film I wanted to see. I waxed lyrical to my boyfriend about the films brilliance, only to be enormously embarrassed when I took him along and ‘saw’ the film for what it was the second time around.

What is most interesting about the Black Swan problem is that I genuinely thought the film was good (the first time around) and I genuinely didn’t see all the things that made the film so silly (the first time around) but I saw them completely when I dragged my long-suffering boyfriend in to watch it  and had to deal with his expected perspective (prior to us discussing the film) as I watched it the second time. Before we even talked, I saw all the problems that made that film so poor.

I tell this story because it is possible that it has happened to me again.

Having left the theatre, thrilled with the magnitude of my experience, I read the reviews and started to wonder if I’d actually seen the same film as all these other people. Given my previous history – it is entirely possible that I have not seen the same film.

The basic story is a young teen male, preoccupied with death, falls in love with a young teen girl who is about to die. On the surface, this is a true weepy, stealing many moments from Love Story. Annabel even has that most glamorous of all hollywood diseases, brain cancer. The young people have a very ‘light weight’ attitude to death. Annabel spends the entire film cheerily waiting for her death, and Enoch has one moment of suffering, but ultimately uses Annabel’s death to get over his own history and reclaim his life for himself. The plot is a cheezy re-creation of a series of vignettes that have been plasterd together into a play by Jason Lew. Annabel is played (well as usual)  by Mia Wasikowska and Enoch is played (very well) by Henry Hopper. And for me – this is one of the clues to understanding this film. 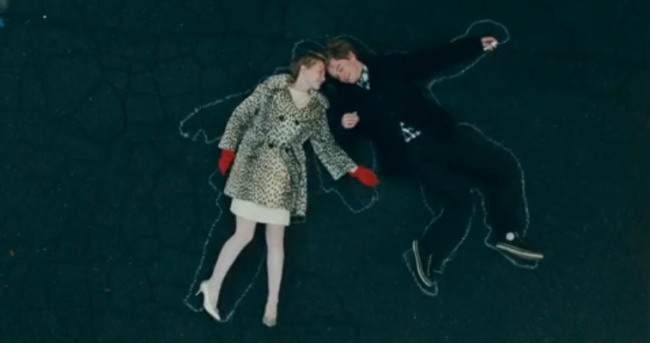 Henry Hopper is Dennis Hoppers son, and this film is his debut. Gus Van Sant has said that this film is dedicated to Denis Hopper.

I think the film should be seen more like a filmic version of Don McCleans American Pie. This is a film about the day the movies died. It is a film made for Denis Hopper, and just as the play is a series of vignettes pieced together from cancer ward experiences, this film is like a montage of cinematic moments. Enoch is played by Denis Hoppers son. Mia Wasikowska is made to look so much like Jean Seberg (from Breathless) that even the critics didn’t miss that point. The film is little more than a series of nods to key cinema moments, many of which are devoted to the French New Wave. If all of this isn’t enough, the love montage in the middle of the film is SUCH a string of clichés, it is actually funny. The young couple, dressed in old-fashioned clothing, ride bikes, go ice skating, play badminton (!)  and even  run in a field, among other classical cheezy Hollywood style ‘indicators’ of love.

For me, the film wasn’t schmultzy nor was it inappropriate about death, because from start to finish, I saw it as a commentary on contemporary film.

Gus Van Sant has said little (as far as I can see) about the film, except that it is devoted to Denis Hopper. I know he has a … lets call it a weakness shall we…  for creative young men (maybe Jason Lew is as appealing as Matt Damon and Ben Affleck used to be) and this may be the reason these rather average stories get given the royal treatment by this fine director. He never quite hits the home run when he is making films about straight people (not including Elephant). But this film is different in that it wont be a typical pop Hollywood film. I can’t see this having the same popularity as those other films, or even Milk. That’s why the ‘flipping into Hollywood’ story doesn’t really sit well with me.

This film looks more like one of his Indie films.  The cinematography  (Harris Savides) is really beautiful, making the film characteristically lovely to look at. There is a very Truffaut moment when the bombing of Nagasaki is mentioned and black and white inserts of real footage of the piles of dead are posited against the colour of the living.

This is a film that looks ironically at cinema in honour of a great actor who symbolised the passing of an era. The feeling I had at the end, is that it is ok that parts of cinema are dead and over, and it is ok to remember them in whatever way we deem fit.

I never once had the impression Gus Van Sant was genuinely making a statement about death and dying.

But then – I DO have a proclivity for ‘seeing’ the film I want to see instead of the film I saw.  And I really like Gus Van Sant, and his proclivity for giving young men, who may or may not be deserving, their first big break.